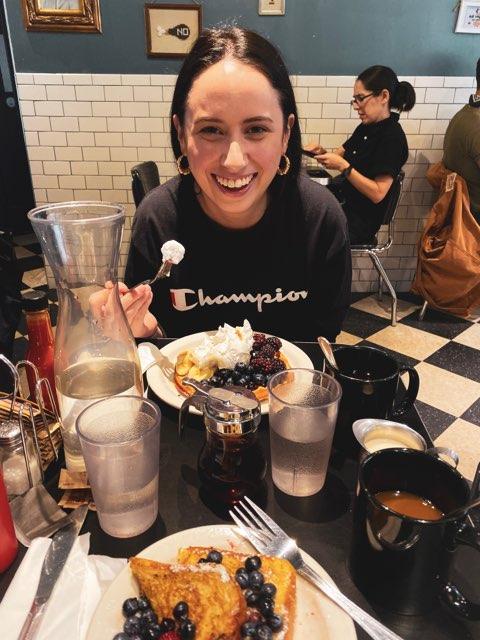 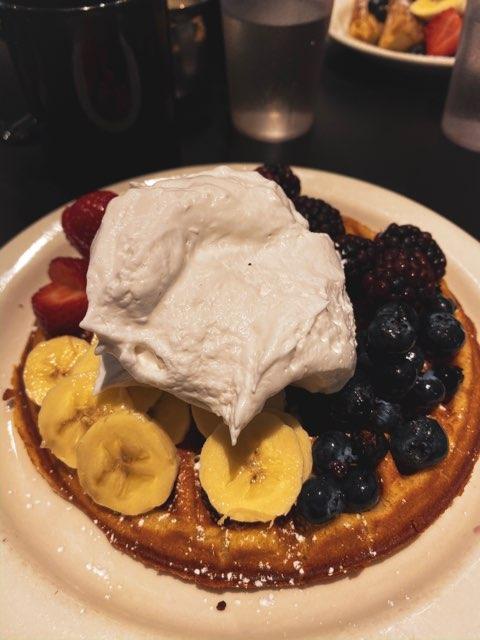 Champs Diner
197 Meserole St
Brooklyn, NY 11206
Champs has been on my need-to-visit-ASAP-list for awhile now, but Champs is located alllll the way in Brooklyn and we usually stay in the midtown Manhattan area…ehh… heading all the way over there never really worked out. And if you’ve been to the city before you know that midtown Manhattan all the way to Brooklyn can be a very long journey. But this time around, we were ready ! And by we I mean my fiance and I. We both brought our bikes and cycled our way over to Brooklyn. Champs is just little diner, so if you’re not paying attention you could walk right by it. Like we almost did. We would’ve biked right past it if my Google Maps didn’t tell us …”You’ve Arrived”. With it being so cozy and small… be prepared to wait a bit for a table. I think they only have about 8 tables and some seats at the bar total ? Can’t recall at the moment. But we waited about 15 minutes or so.  The staff was super friendly and directed us to a table near the back. Perfect for two. We had a few minutes to look over the pretty extensive menu before deciding. They have lots of breakfast, lunch and dinner options. Most of the breakfast you can get all day long which is delightful. I decided to chow down on some Belgian waffles since it’s been awhile for me. It came topped with the most delicious coconut whipped cream, banana slices and variety of berries, I’m drooling for some right now just writing this. UGH. My fiance decided to try the french toast. His was also topped with delicious berries and banana slices. We both filled up on coffee provided by Oslo, a local Brooklyn coffee brand. (I actually ordered a pound of coffee after trying it at Champs.) And we were both extremely full to the brim after our meals, I have no idea how we were able to ride our bikes after. But we did. 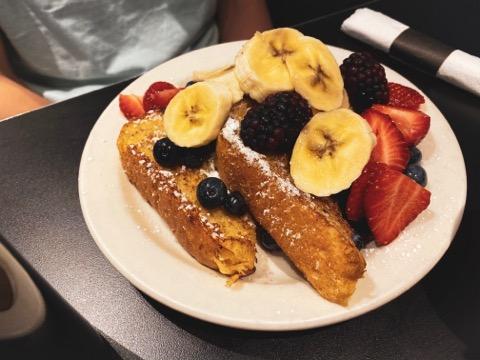 Spring Cafe
153D Centre St
New York, NY 10013
Spring Cafe is a cute little vegan cafe buried in the busyness of Chinatown. (Maybe I have a thing for cute little cafes and diners? I think I do, haha.) The cuisine is a mix between American and Asian. They sell items like bao buns, burgers, sandwiches and smoothies. I tried a couple of their bao buns including Braised Gluten and the Braised Tofu Skin… both were seasoned to perfection and very filling for being such cute little guys. I couldn’t even finish the second one and ended up saving it for later, haha. The textures and flavors were very impressive. The buns had just the right about a chewiness to them. I actually haven’t had a bao bun in years, so it was a nice surprise to stumble upon this place in the city. Not to mention it was also pretty cheap compared to other quick vegan food stop places that I’ve seen so far. 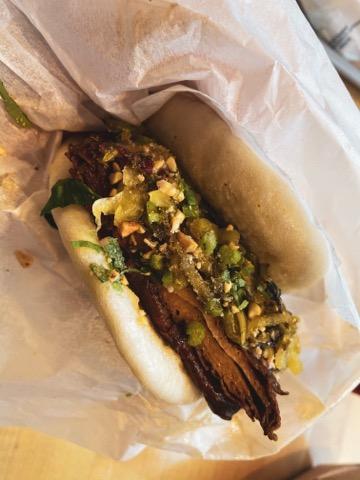 by CHLOE
There’s a lot of these all vegan cafes all over NYC which is perfecto for late night hunger cravings. Some of them, if not all, are usually open until 10pm or 11pm. They serve American & Asian style foods like burgers, salads, pasta, soba and smoothies. They also have a variety of side dishes & snacks. And their dessert menu is pretty impressive including cupcakes, cookies and other morning pastries. I love the little refrigerated section where they keep to-go meals, sides and snacks. Oh oh oh oh and the best, cutest part… they make little doggie pancakes ! I didn’t get one for my pup this time around but dually noted for the next time around. I ended up getting the BLT sandwich and it was delicious, just the right amount of crispiness from the shittake bacon pieces & chipotle aioli put this sandwich on a whole ‘nother level. Next time around I want to try the Spicy Thai salad, and some of the scrambled tofu options in the brunch portion of the menu.

Artistic Pizza
123 W 3rd St
New York, NY 10012
I was searching for a vegan pizza stop while in the city and came across Artistic Pizza. When I walked into the place I thought all the pizzas were vegan, but they’re actually not. You have to ask which one’s are vegan since there’s not signage. I ordered a hefty slice of mushroom vegan pizza and was so deliciously greasy. It made my day. They’re also open super late, now I mean SUPER late like… 4am late on some nights. I’m not sure if they have vegan pizza all night long but if they did that would be amazing. I went at like… 4pm. I’m sure there are better vegan pizza spots in the city but this place worked for me. 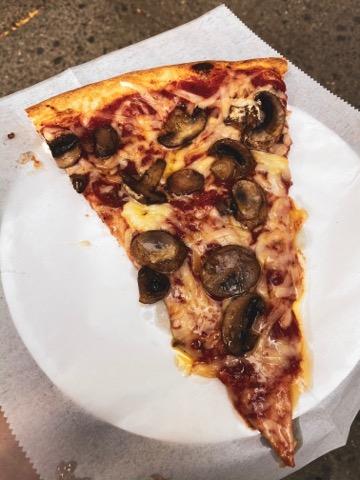 Van Leeuwen Ice Cream
45 Spring St
New York, NY 10012
You think I’d forget ice cream? Heck no. I love ice cream. 😹 Van Leeuwen has a massive amount of vegan ice cream options. More than I’ve ever seen at another establishment. Flavors like vegan peanut butter chocolate chip, vanilla almond chip, salted caramel or mint chip just to name a few. They also have vegan ice cream toppings like chocolate sauce and whipped cream, which I didn’t add on but will next time ! I got mine in a cone because why not, and I couldn’t have been more happier. 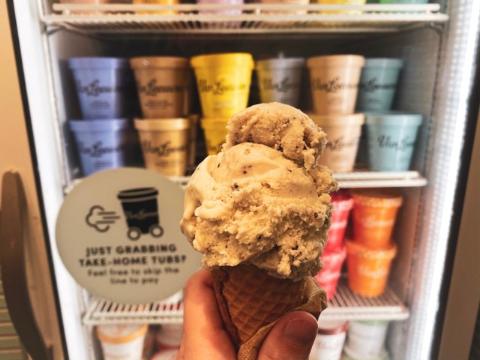 Share with me your favorite vegan food spots in New York City. I’ll be sure to check them out next time around.