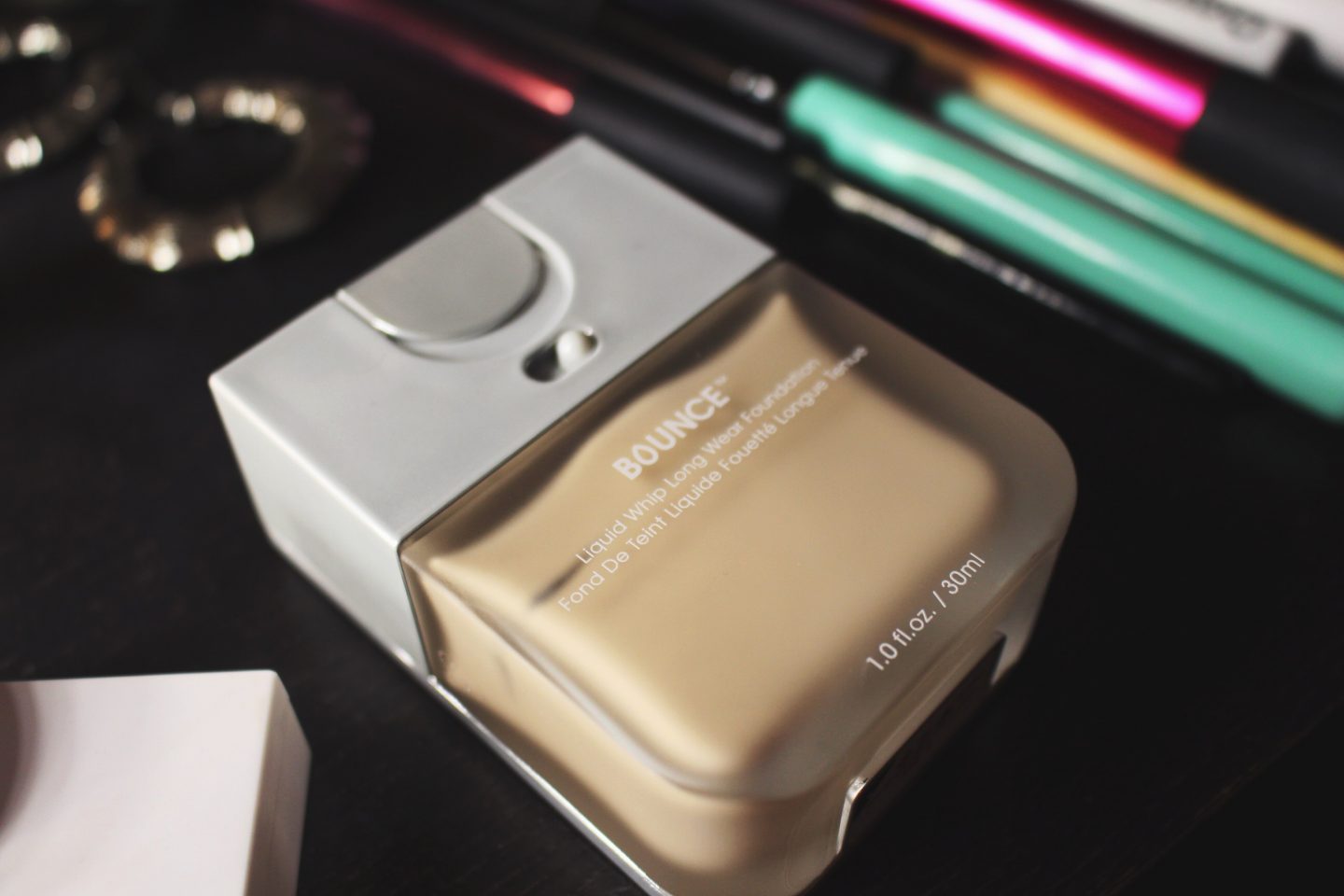 The BeautyBlender foundation is my current daily favorite. It’s considered to be a full coverage matte finish foundation.. but I would honestly disagree. It’s definitely not full coverage right out of the container.. but you can build it up to be full coverage with a brush. I’d classify it as a medium coverage foundation with a natural finish. Apparently it was made to be used with their BeautyBlender sponge, which I do love to use. But I’ve also used a flat top foundation brush before for fuller coverage and loved that too. Both work great in my opinion. I’ve always received so many compliments every time I wear this foundation.  Even after wearing it for most of the day ! I will admit it holds up pretty well to the daily grind. I wish more people knew about it, especially in the vegan & cruelty-free beauty world. 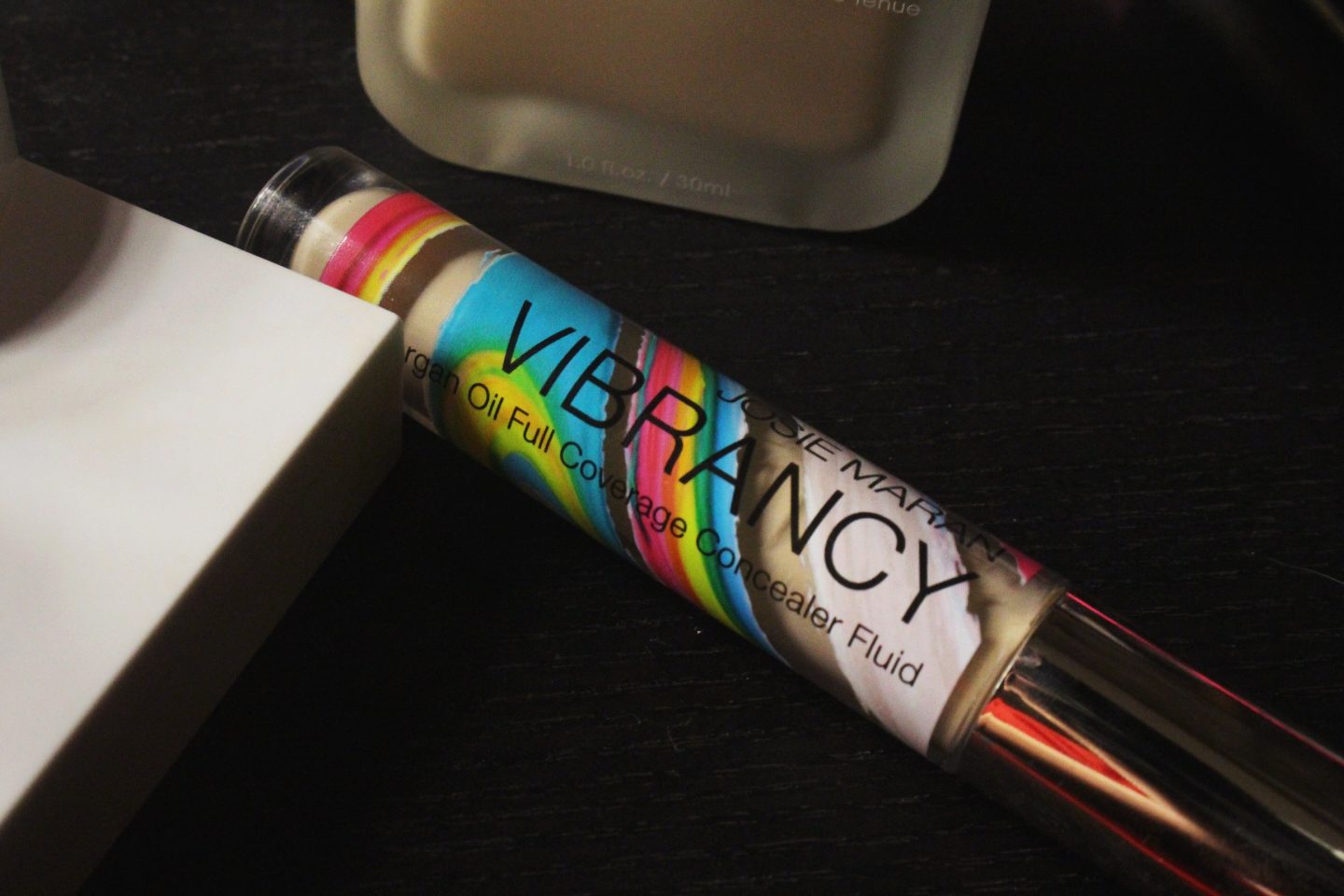 Josie Maran is another brand that I think people forget about. She’s known for her Argan Oil.. but I never hear anyone talking about her makeup products ! Especially this full coverage concealer !!! This concealer has been my favorite since it came out in 2017 I think ? End of 2017 ? I don’t recall. Either way… I’ve loved it enough to purchase another one !! Believe it or not, I actually haven’t found a better concealer yet. I’d say if you’re looking for a full coverage, hydrating, blend-able, little-goes-a-long-way concealer… then you gotta try this one out.

Never would’ve thought I’d go back to a brow powder (I’ve been loving pencils and tinted brow gels so much lately), but this ‘Brow Struck‘ waterproof powder from Kat Von D has amazed the crap out of me. And now I love powders again ! It’s a very soft, almost creamy formula… and you actually don’t need a lot when applying because of it’s unique texture. I believe I picked this up in the beginning of the summer when it first went on sale at Sephora. I thought it was just a temporary sale at the time, but they’re still $10.50 right now ! Not sure why they’re on sale… I hope KVD doesn’t discontinue them. I will say I’ve heard a lot of people freak out because of the “glitter” in it. But it’s actually just a reflective pigment that is supposed to give your brows a more realistic, hair-like look vs a flat matte powder. I think it’s genius actually ! I’ve been using my new MOTD Cosmetics Brow Brush with it.. and I adore this combo. 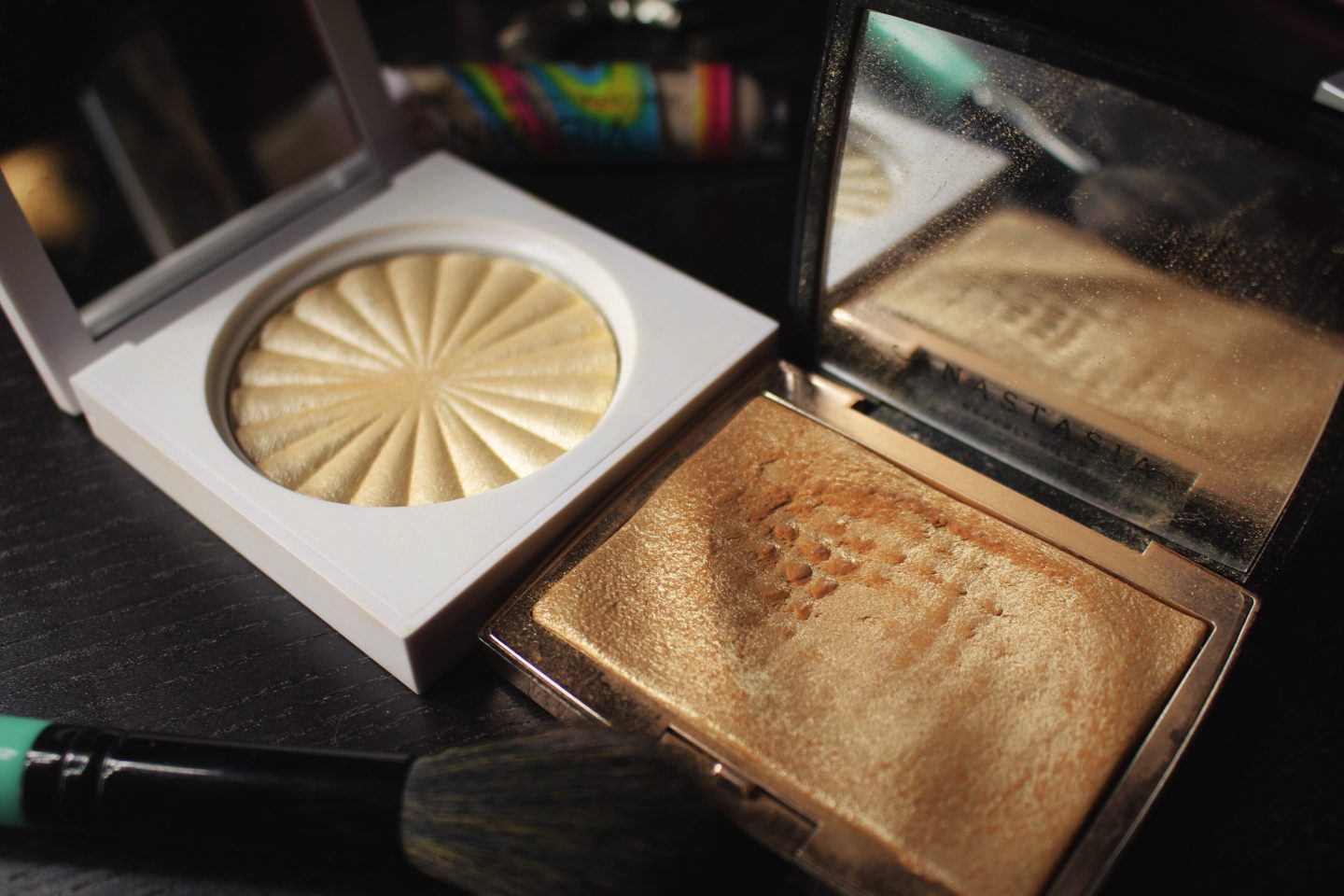 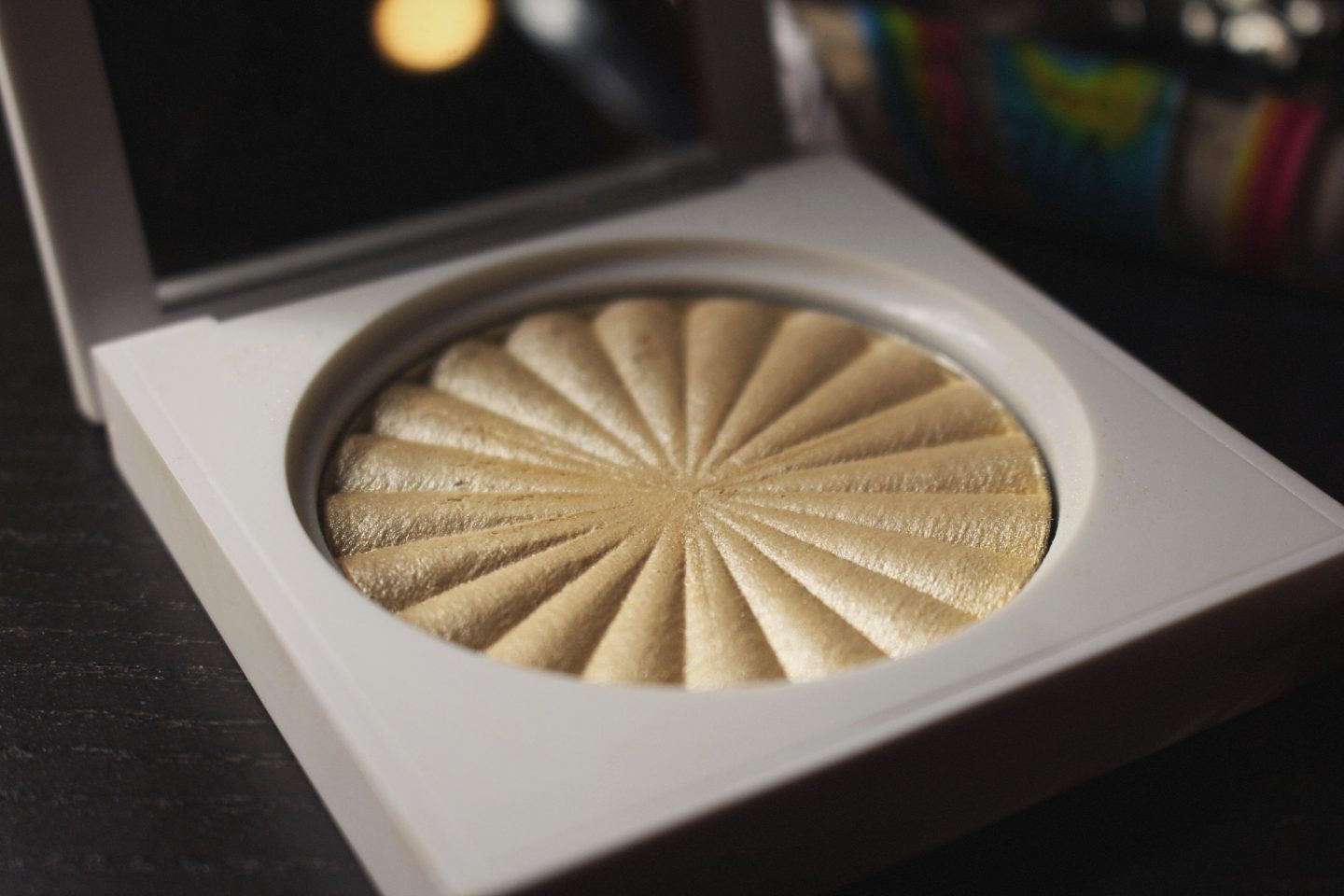 I have been obsessed with the limited edition Anastasia Beverly Hill x Amrezy Highlighter since the day it came out ! I wasn’t able to pick it up during the first launch.. so I had to wait for the second launch.. but it was totally worth it because now it’s my daily go-to. I’m surprised I haven’t hit pan yet !! Maybe it will come back again this year ? Who knows !! This highlighter is not vegan by the way. I purchased it before I decided to make the switch. I would love to find a vegan dupe if anyone has any recommendations. Send them my way !

The second highlighter pictured is from Ofra ! Ofra is an all vegan brand. Yay ! This gorgeous highlighter was gifted to me from a friend who never used it… but didn’t want to see it go to waste. It’s in good hands my friend ! I actually love mixing both of these highlighters together, or using the Ofra highlighter as a highlighter topper ! You can never have too much right ? 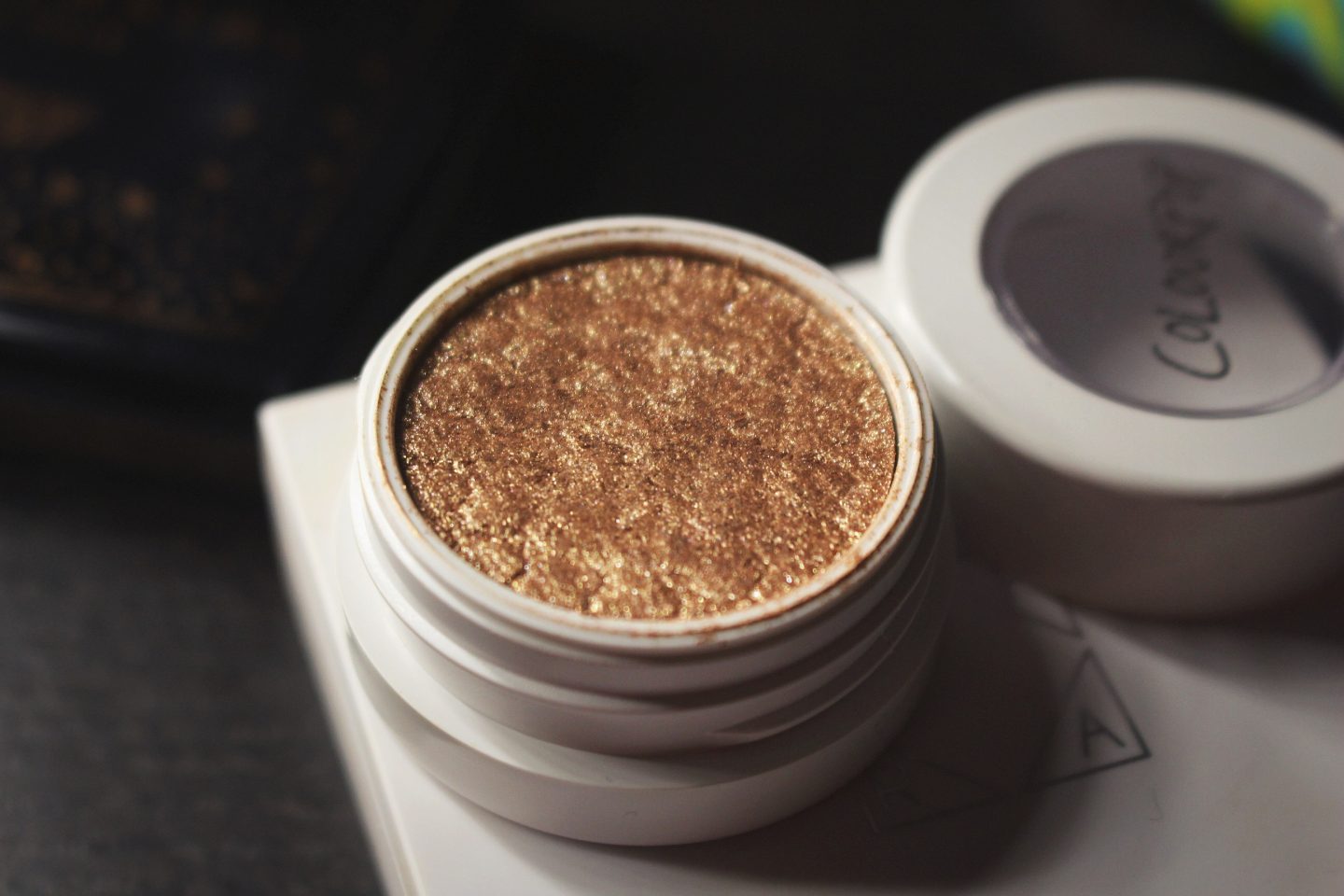 Last but not least… we have this beautiful glittery Super Shock eyeshadow from Colourpop called Amaze. It’s one of the several vegan Super Shock shadows available from CP actually ! If you haven’t tried any of these shadows from CP yet.. then you need to ASAP. They are very soft and creamy to touch…. but dry down to a powder after application. They’re very unique and only $6 each !

What are your current favorites ? Do you have a go-to foundation that you use every single day.. or do you mix and match…. let me know in the comments !