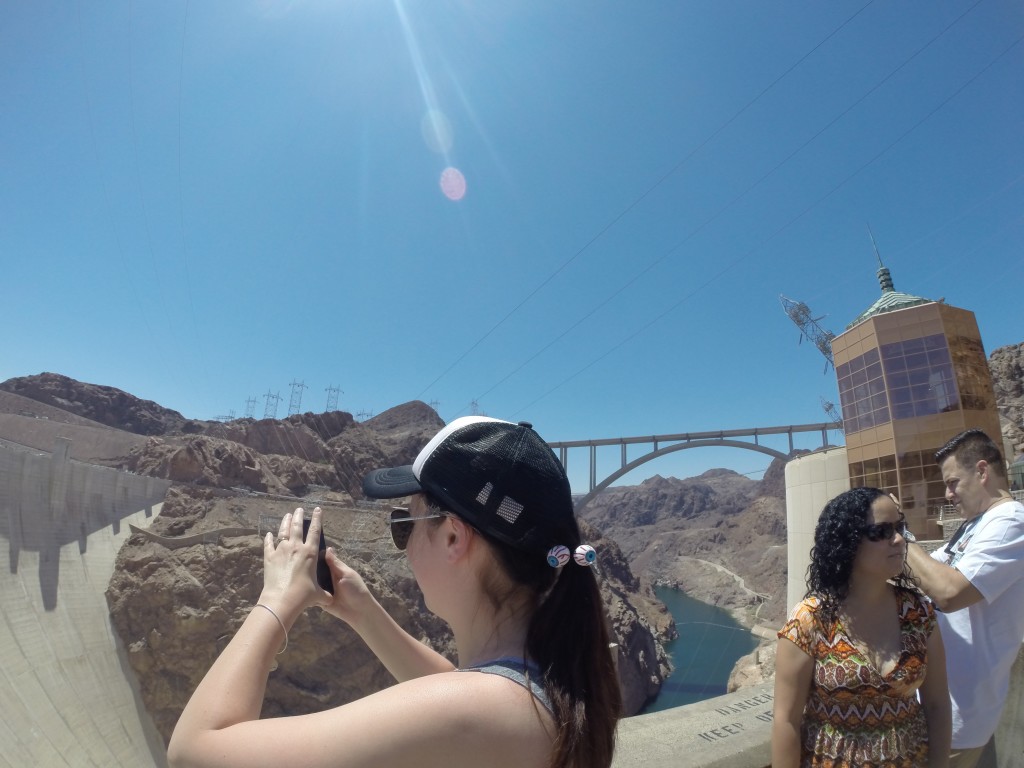 After a short, yet full-filling night in Vegas, we woke up the next morning, July 13th, nice and early to head to the Hoover Dam ! The Hoover Dam was abut 45 minutes in the WRONG direction, but we were so close we had to check it out anyway.

The feeling of anticipation was so HIGH approaching the dam, mostly because we had no idea what to expect. (obviously pictures do NO justice compared to seeing something this CRAZY in real life) Of course this feeling was common on our road trip across America, but still, what should we expect? Um well, seeing Lake Mead in the middle of this desert land was a surprise. Yeah, I wasn’t expecting that to just pop up once we hit the outskirts of Boulder City. 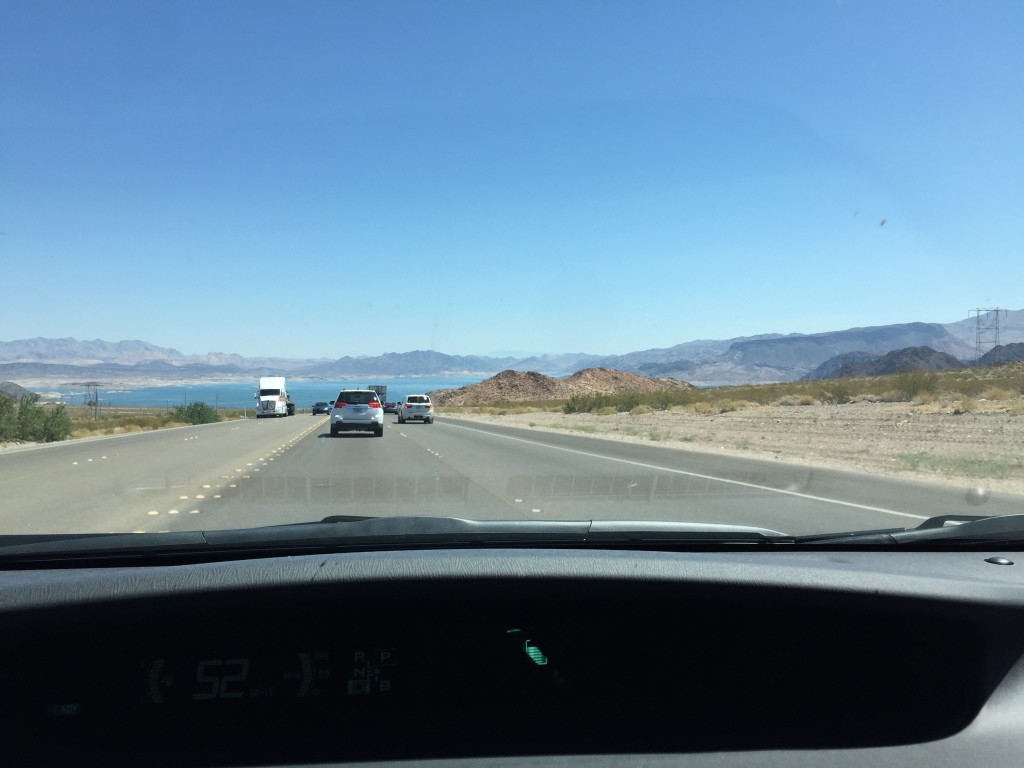 FIRST lets just talk about the Hoover Dam for a slight moment before I show you some epic pictures. The Hoover Dam impounds Lake Mead, which is the LARGEST reservoir in the US. This dam changed history in the west FOREVER. Not only did 96 people die building this dam to “make the desert bloom”, but it was one of the top 10 constructional achievements of the 20th Century. It’s purpose was to tam the wild Colorado river so it could use the water for hydroelectric power, irrigation, water supply and flood control (The Hoover Dam’s water supply actually helped and enabled the development of Las Vegas! Pretty cool stuff if you ask me.) 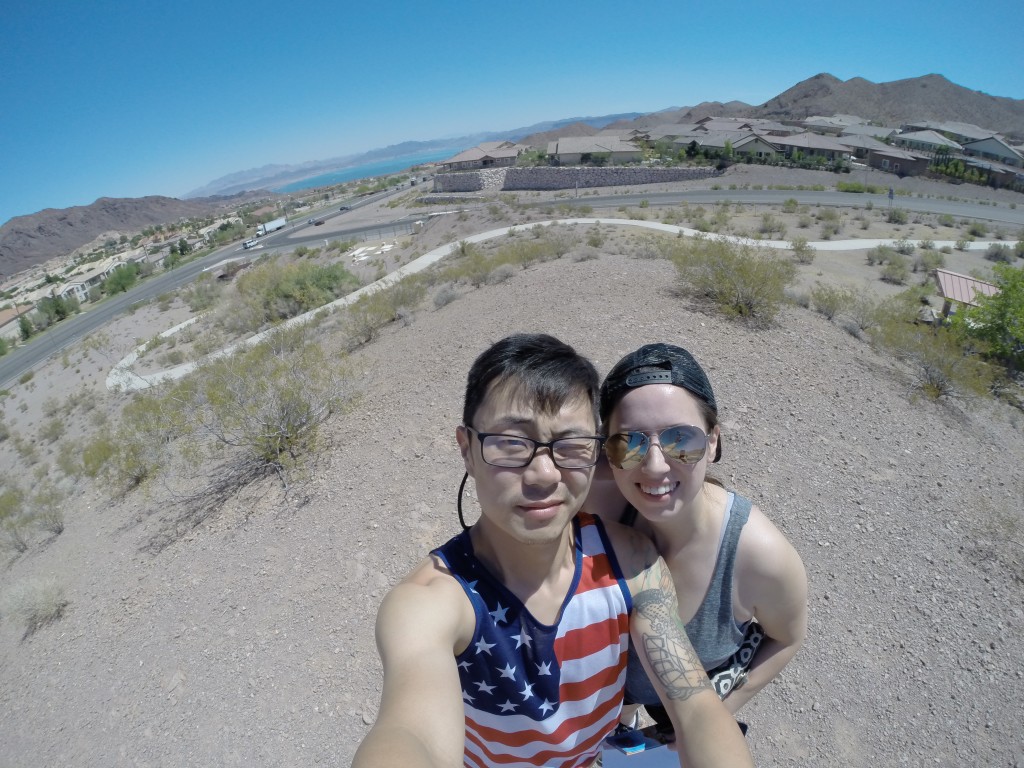 So, the drive down the the dam took awhile. The roads were curvy and rocky, very typical for this part of America. Traffic was pretty hectic too, of course we weren’t the only people trying to see this amazing structure. We didn’t know when the dam would “pop” up or if it was something we needed to walk to in order to see. We were so stoked to find out! (Dave also recorded a video of the drive up to the dam/parking area, I may edit this into a future travel video, but of course that will take time. I’ll think about doing something like this once all of those posts from this trip have been uploaded/written) 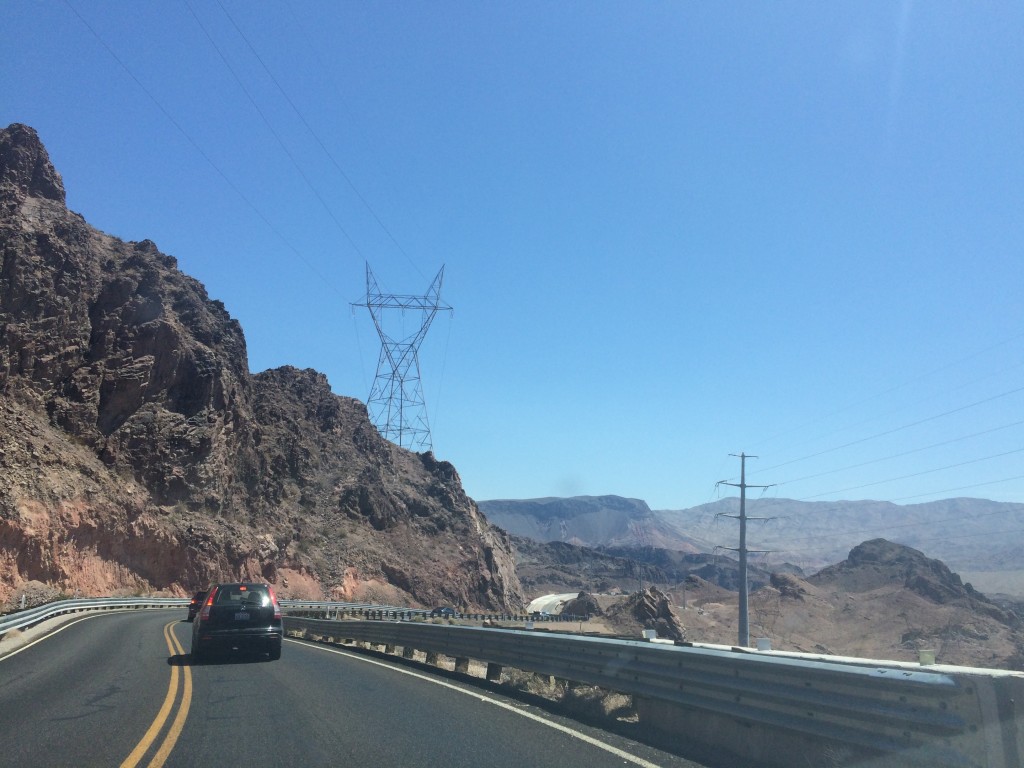 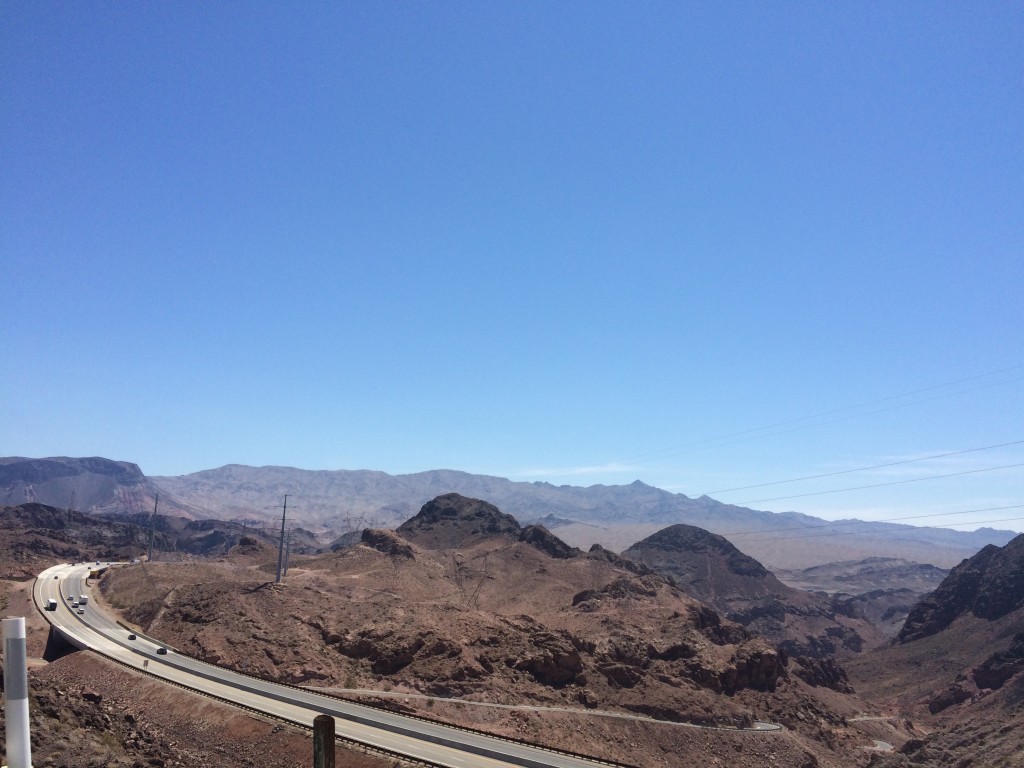 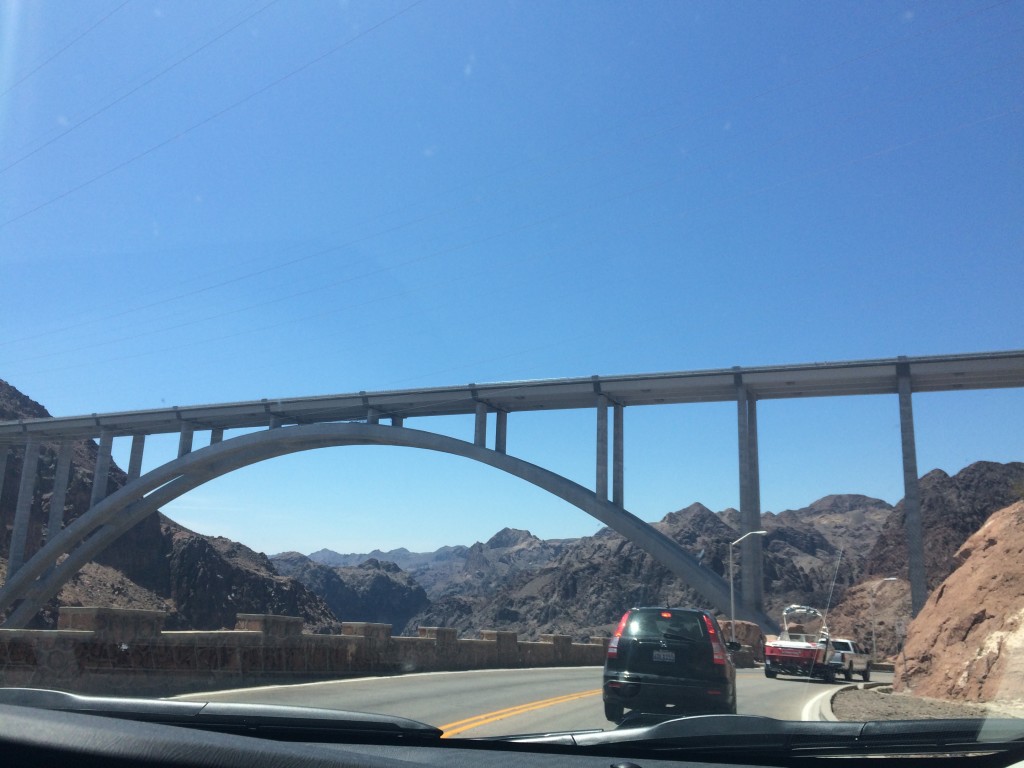 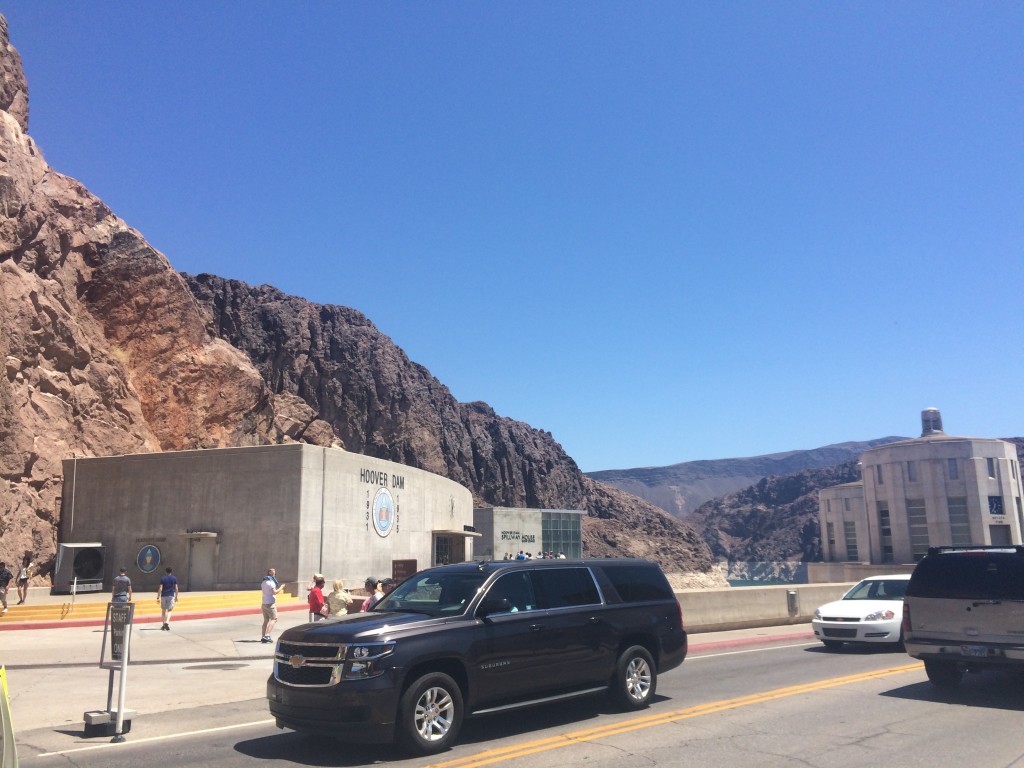 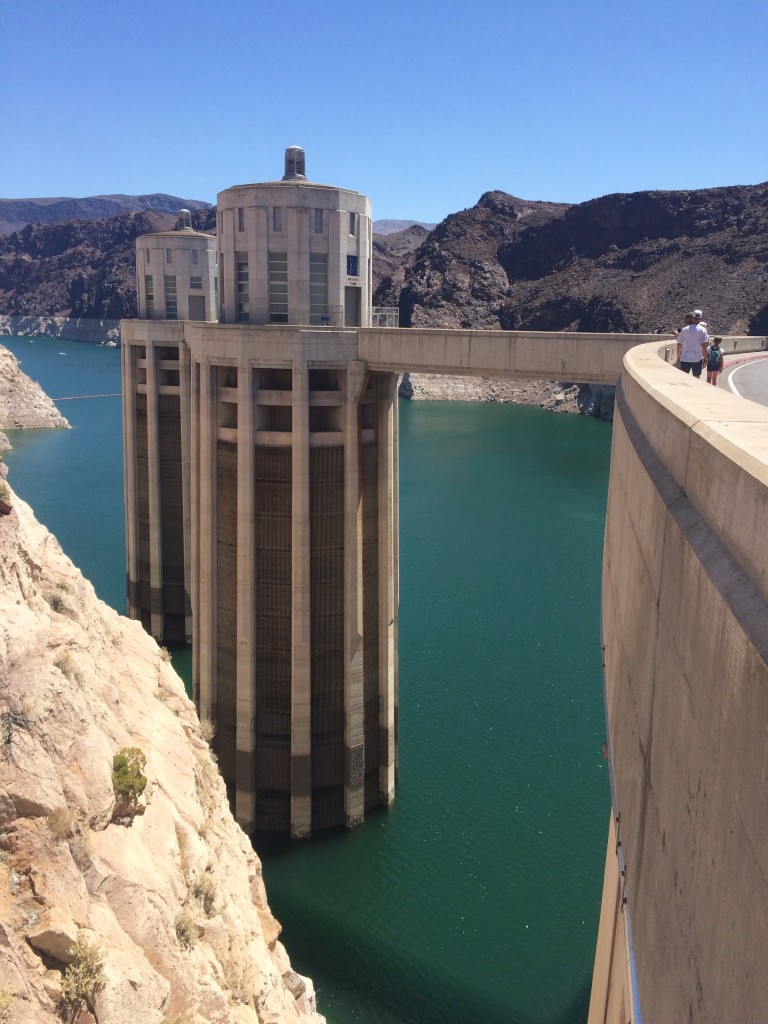 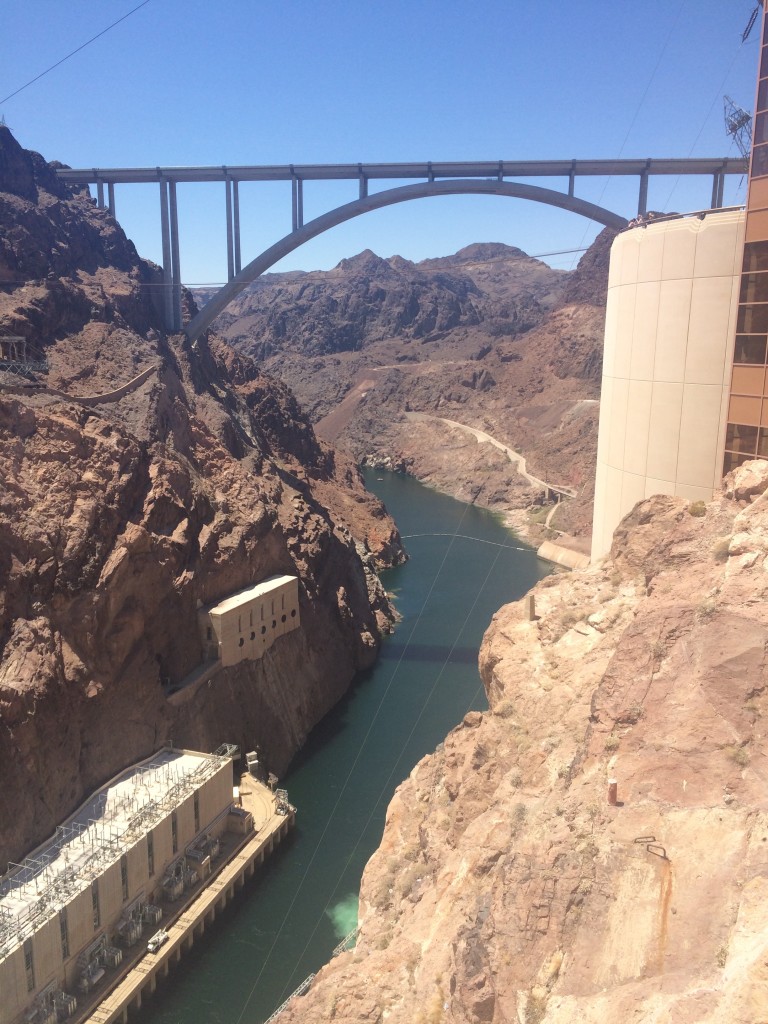 And there she is. This was such a phenomenal sight to see. Standing on the edge was incredibly terrifying. I seriously had the shivers looking down. Now this is some serious hard work. SO EPIC. 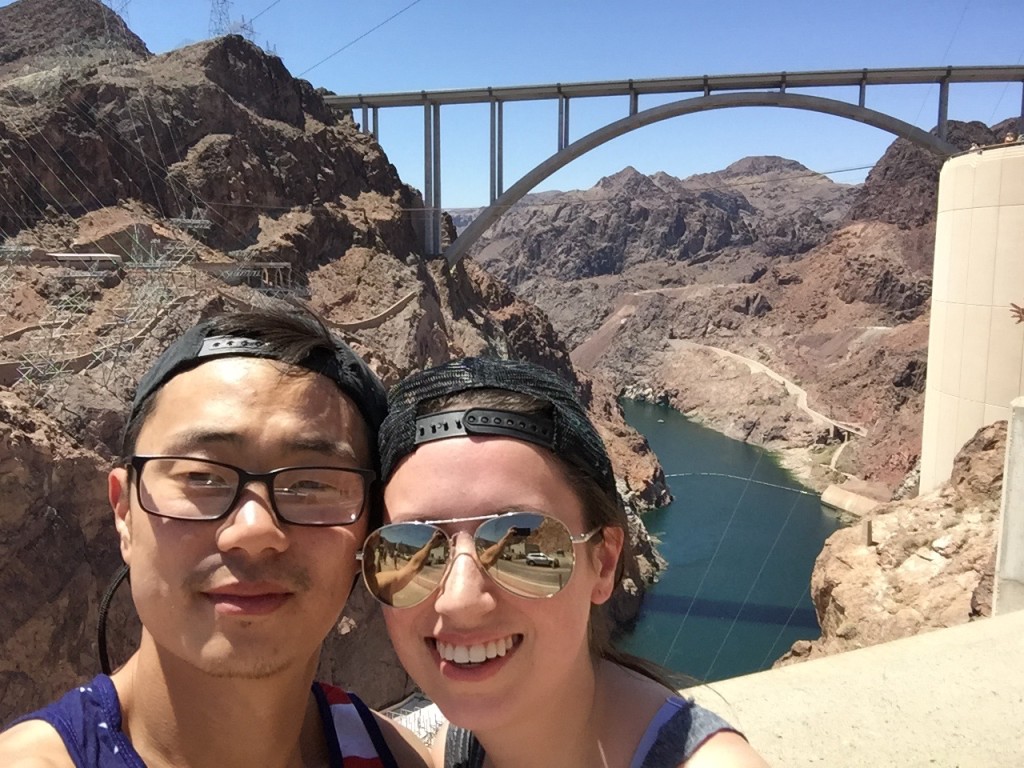 Of course we had to take some top-of-the-parking-garage snap shots before we left. We weren’t at the dam for long, probably less than 2 hours because we needed to make the 3 1/2 hour drive to Zion National Park in Utah. Then after that we needed to head to Mesa Verde National Park in Colorado where we would stop for the night, and that was about another 5 1/2 hour drive from Zion. Ideally, we wanted to be in Mesa before dark. Yikes! You’ll hear about that in the following post ! Stay tuned !

Make Sure To Bring –

Freakin’ sunscreen or a hat – my face was on fire ! It was pretty toasty on this fine day in July

Take a guided tour of the dam

Take a helicopter tour over the Hoover Dam