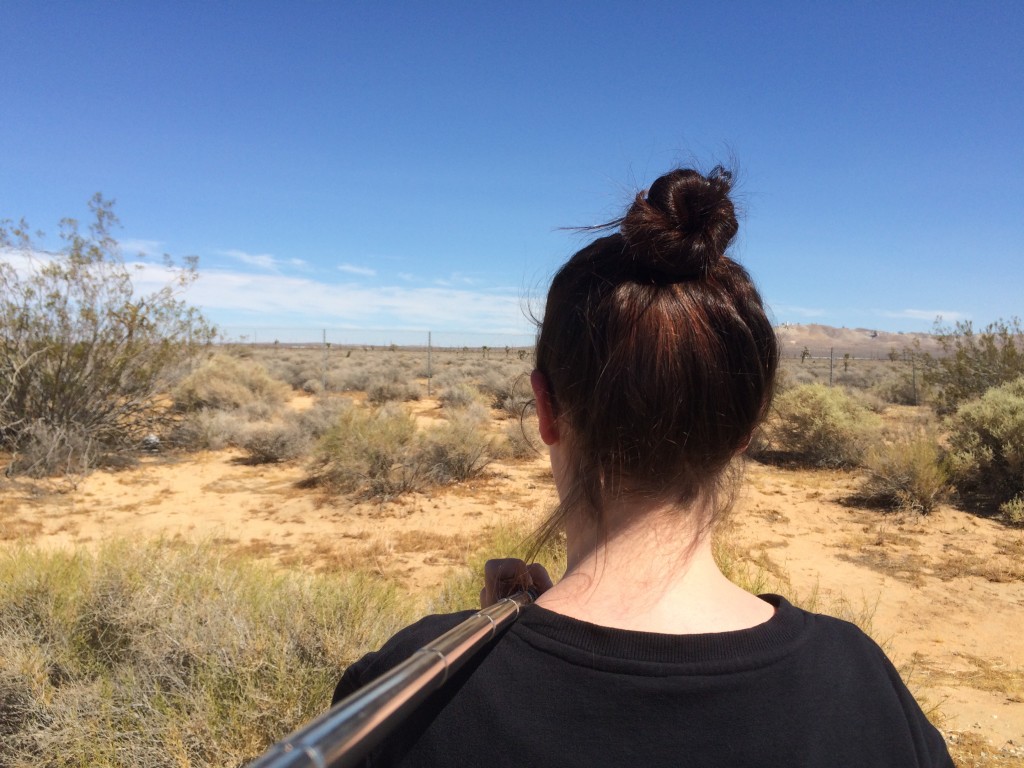 The morning of July 12th, we began an epic desert drive to Las Vegas, NV. It was one of the longest drives on the entire trip, totally just about 9 1/2 hours. It was also the hottest part of the trip. We checked out of our hotel in SF, and drove through the city, crossed some bridges until we hit the outskirts! Then the hills started transforming from green trees to golden fields. The golden fields turned into barren, dry land with tiny knee high shrubs sprouted everywhere, weird-shaped cactuses, and large rock mountains in the background, far far in the distance. I think we even saw a little dust twister out in the distance somewhere in the arid land. Things like this you wouldn’t see home in NY.

I could see myself living somewhere in the desert. It was just shy of 109 degrees and although it was HOT – it was a different kind of hot. Not the humid NY hot, but the dry desert hot. I was comfortably wearing a sweater and shorts and felt well – surprisingly comfortable. Zing ! Dry heat has almost no humidity, sometimes less then 5%. I would take that over 85% humidity any day. No one likes to be sticky and sweaty. 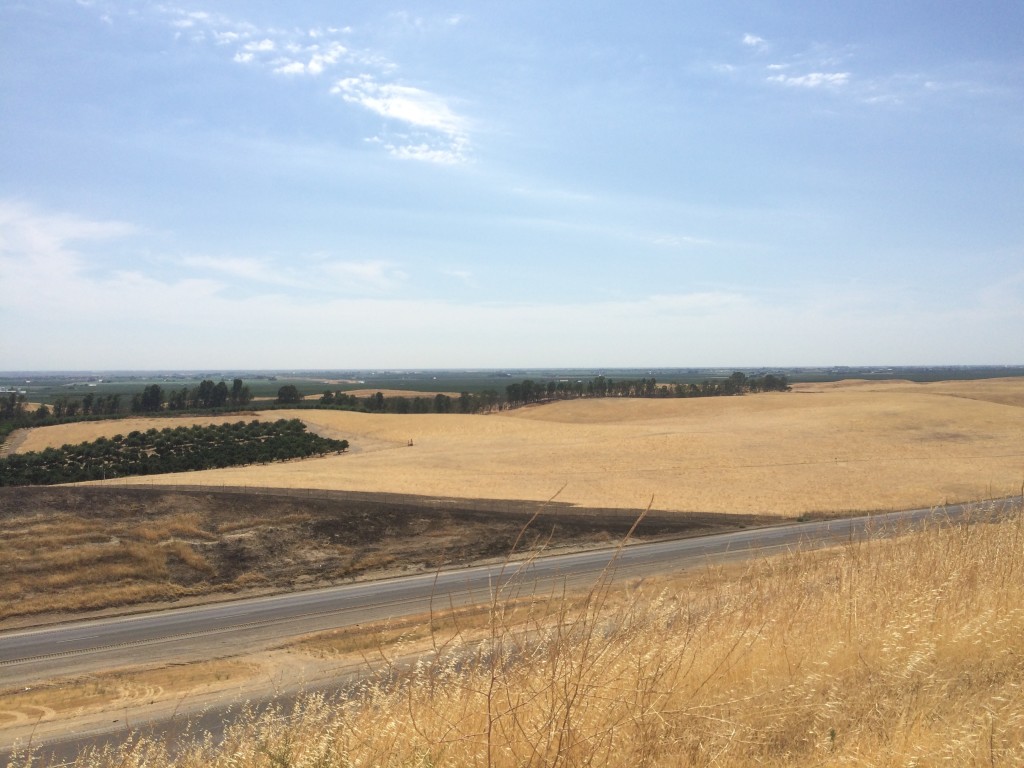 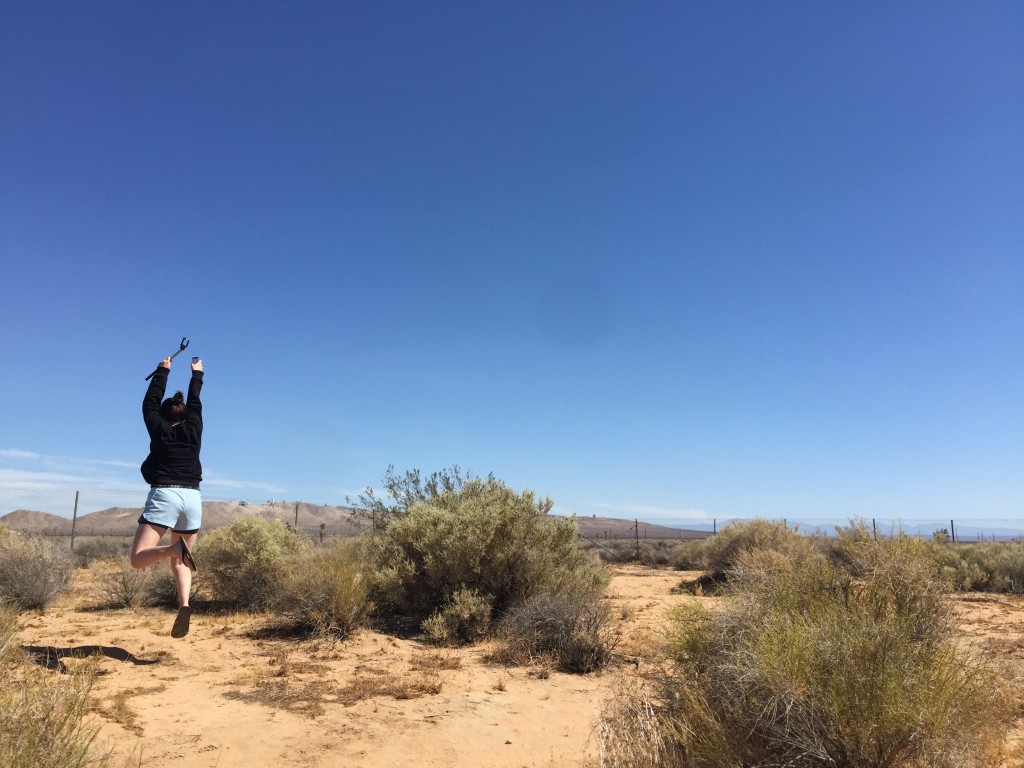 Only having about 13 hours or so in Vegas, we made the best of it! We checked into Bally’s Las Vegas. I booked just a standard room with double beds because I knew we wouldn’t be in Vegas long, so the sleeping situation didn’t have to be anything epic, honestly. But we were kindly upgraded to an Indigo Tower Suite with a freakin’ whirlpool! The front desk clerk didn’t even tell us, he just confirmed the double beds! When we finally walked up to the door to our room we knew this wasn’t just some ordinary room. We opened up the door and we had a little hallway to walk down till we got to the actual room. I was whispering “holy sh*t” over and over again, looking back at Dave’s face. I did the whole jaw drop (yes fo’ real it happened) when the entire room was revealed. Then I jumped around the room in excitement for about 3 minutes checking every little thing out with Dave. How did we deserve this?! 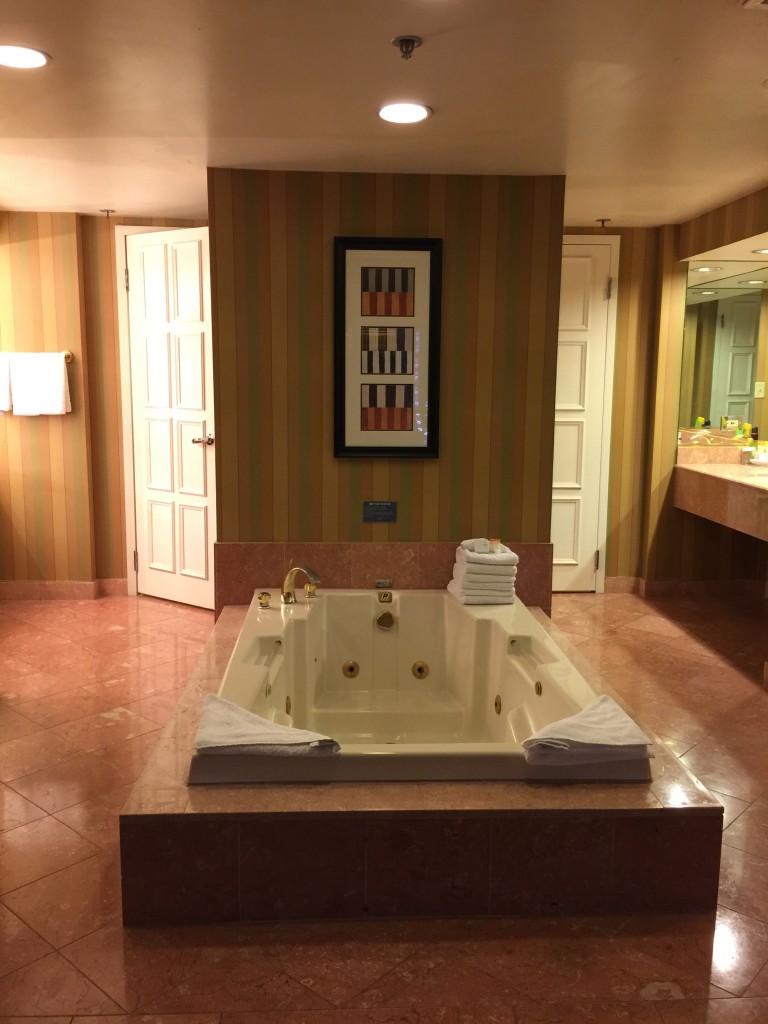 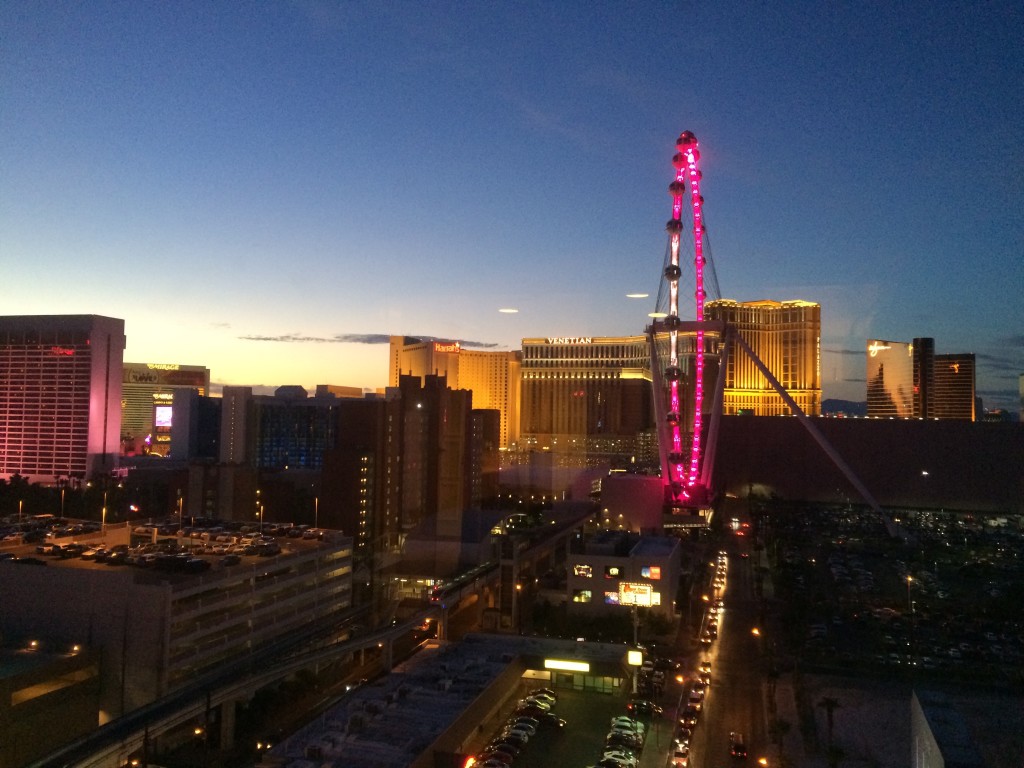 But, we weren’t here for the room, despite it’s fanciness. I did have my eye on that whirlpool though.

We couldn’t wait to get down to the Vegas strip. Bally’s, our hotel, was located directly on the strip. This was ideal given our time frame. We wandered over to Caesar’s Palace and the Forum Shops first to see what it was all about, since it was directly across the street from us.  The Forum Shops and the entire Ceasar’s hotel area had a theatrical Roman theme to it, with painted skies, water fountains and talking statues. We did some shopping and had one very large drink to share. Gotta go big in Vegas! 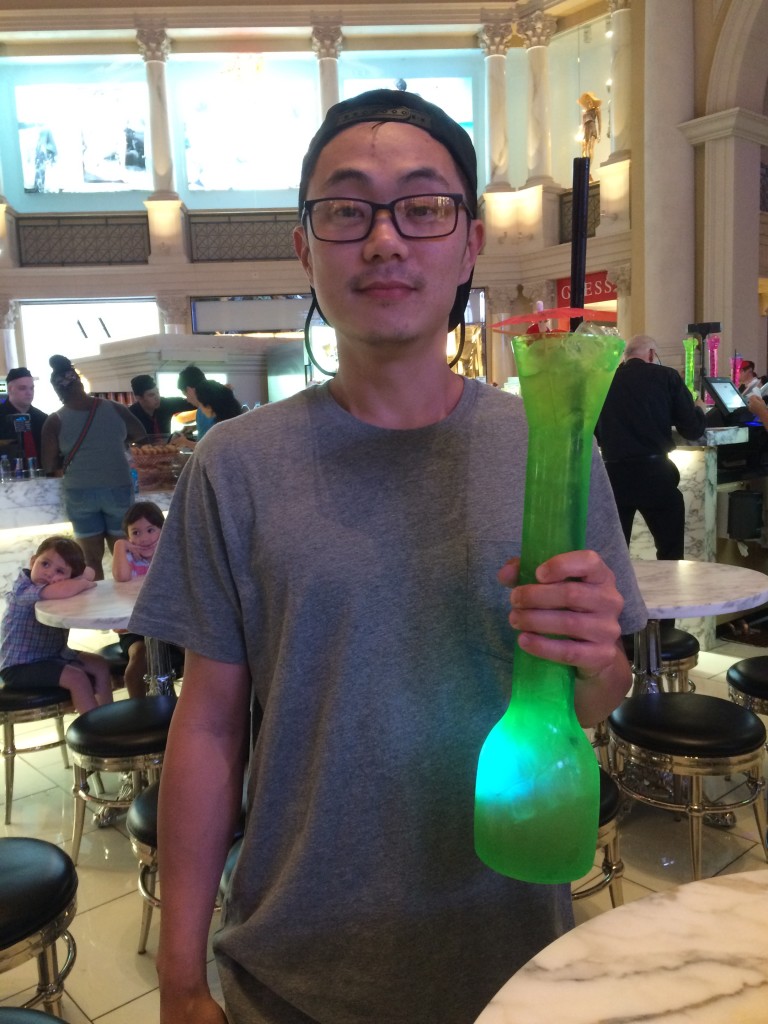 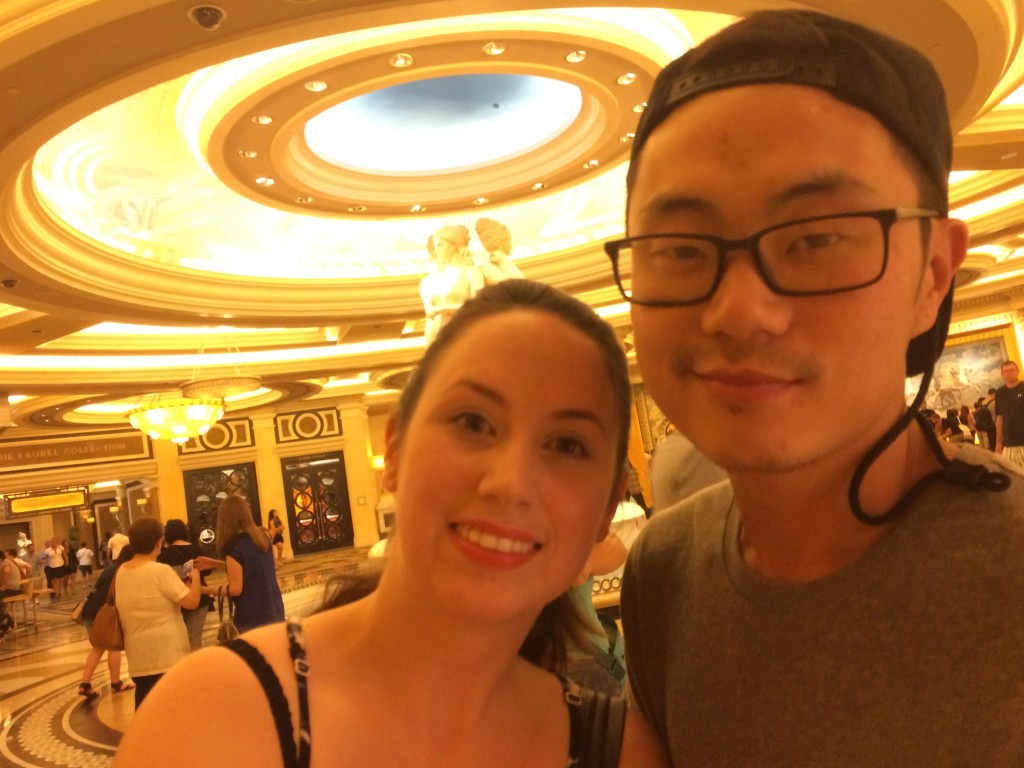 When we left Caesar’s to explore some more of the strip, we caught the Bellagio fountain show, which was pretty cool to experience. 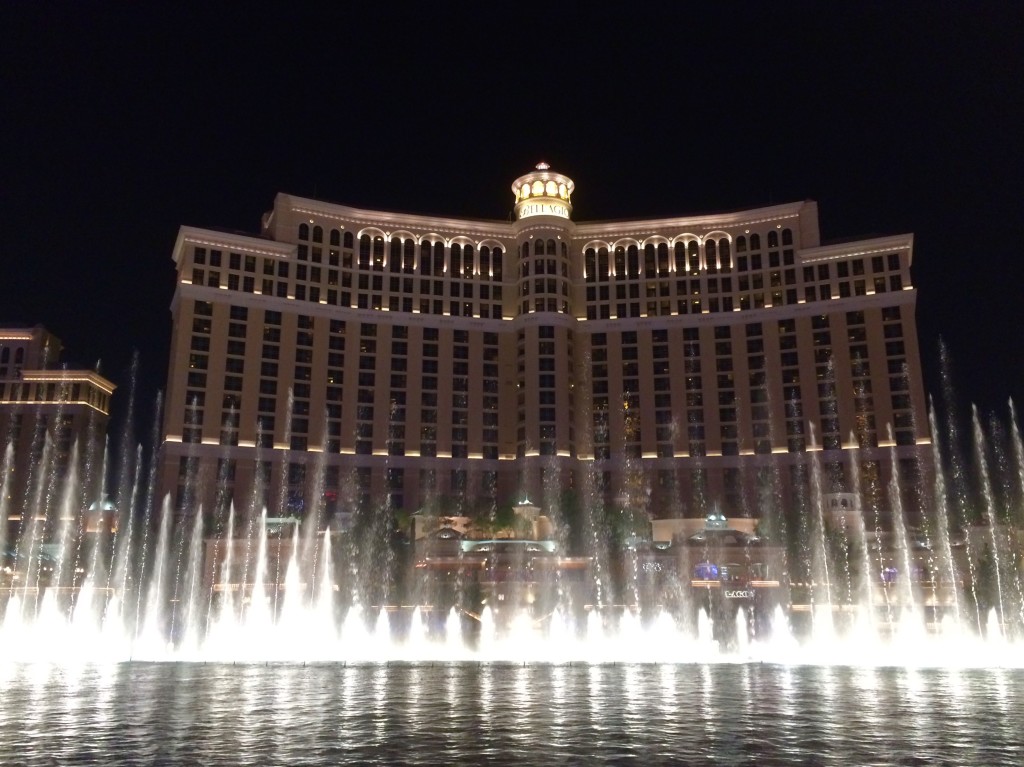 We later found ourselves souvenir shopping, which mostly consisted of me trying to find a pressed penny machine and grab a few magnets. We also stopped and played slots at the MGM Grand Casino, because of course you have to gamble a little bit in Vegas, but feel like you’re in Hollywood at the same time. 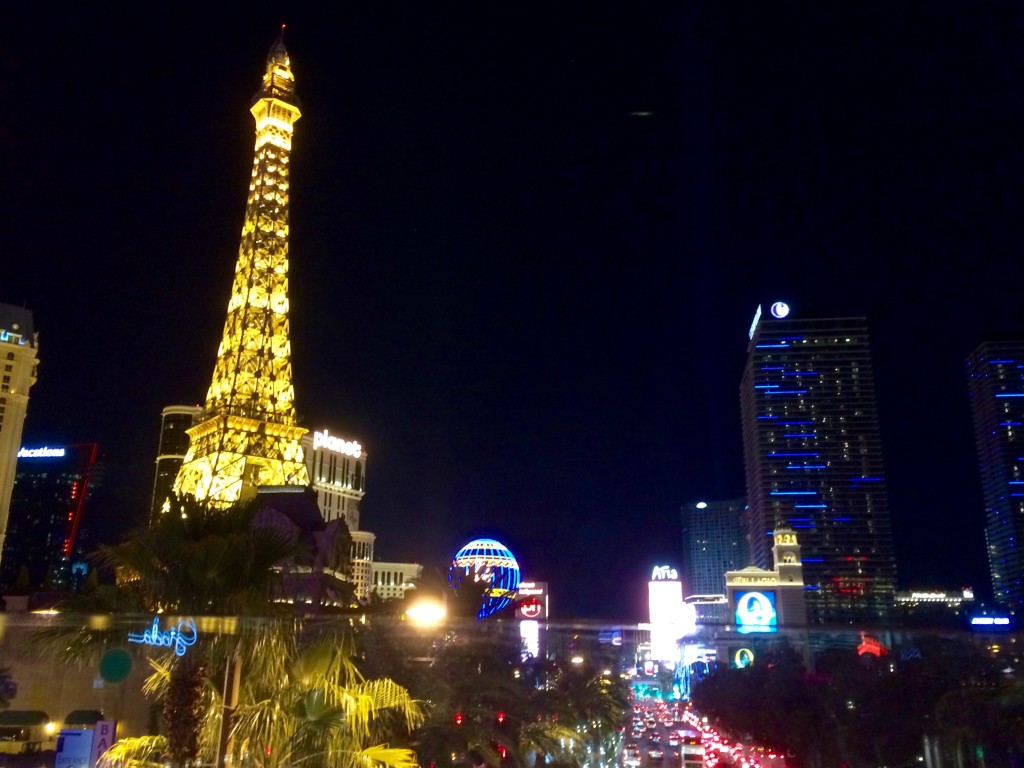 As the night continued on we found ourselves back at the hotel. I decided to hop in the whirlpool and absorb the views of the strip from our hotel room while soaking in layers of bubbles. Now that’s a way to end a night in Vegas, but I guess I could have used a glass of Champagne too…

Oh yeah, what’s REALLY amazing to me is that this entire city was built over time in the the middle of the desert. Just hanging out. The idea of that is kind of remarkable.

Stay in the Luxor (The Pyramid shaped hotel)