When you think of Colorado what do you think about ? What’s the first thing that comes to mind ?

For me, it’s ginormous mountains with snowy peaks and tiny towns placed perfectly right in the middle. Oh and some bears running around too. Maybe some other creatures – I’m not sure 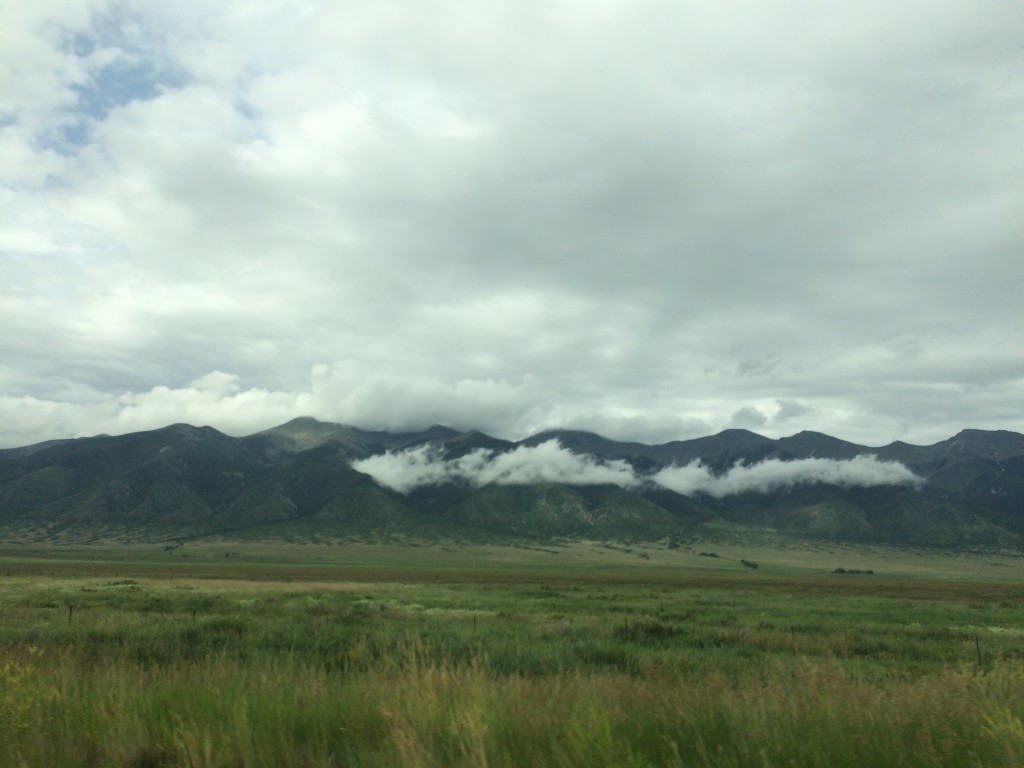 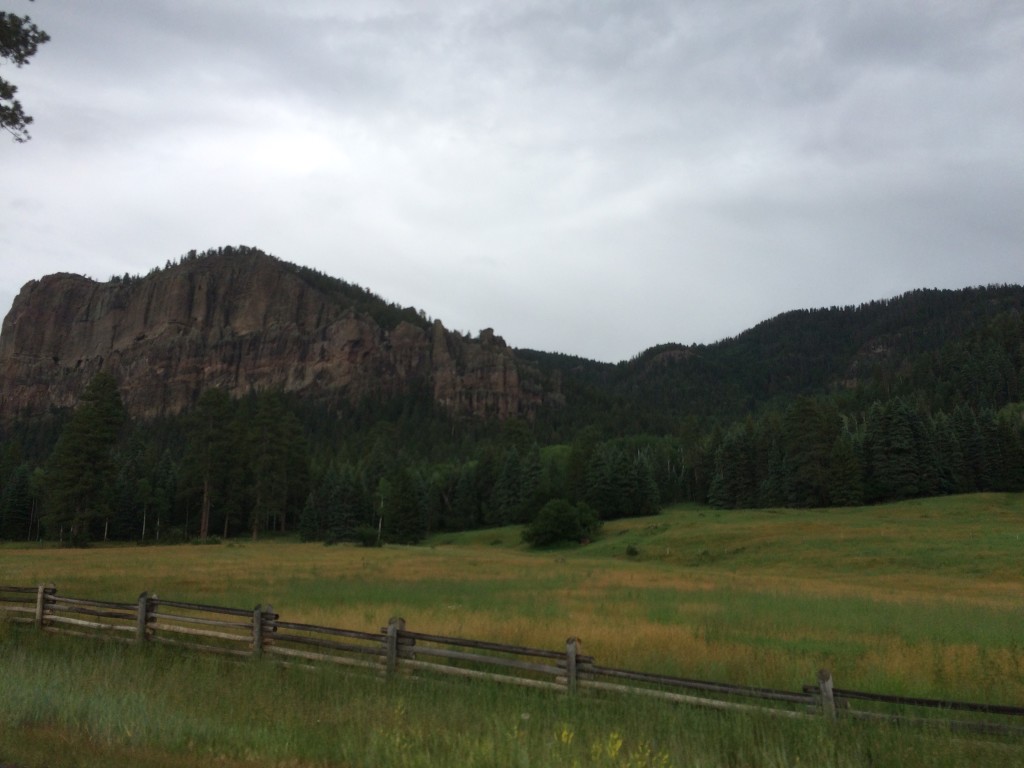 Denver, CO happened to be in the middle of some pretty high snowy peaks, but Denver is no tiny town. Denver is actually a decently sized city filled to the brim with artistic souls, delicious cuisine and tasty drinks.

The drive there was pretty adventurous from Mesa Verde National Park in southern Colorado. This was day 5 of our cross country road trip and was the first time we’ve experienced drastic heights in elevation and temperature changes all in one 7 hour drive. And just think that several days before we were roaming through the desert where temps were as high as 100 degrees and now we’re driving next to snow covered mountains where temperatures dropped to 32 degrees ! 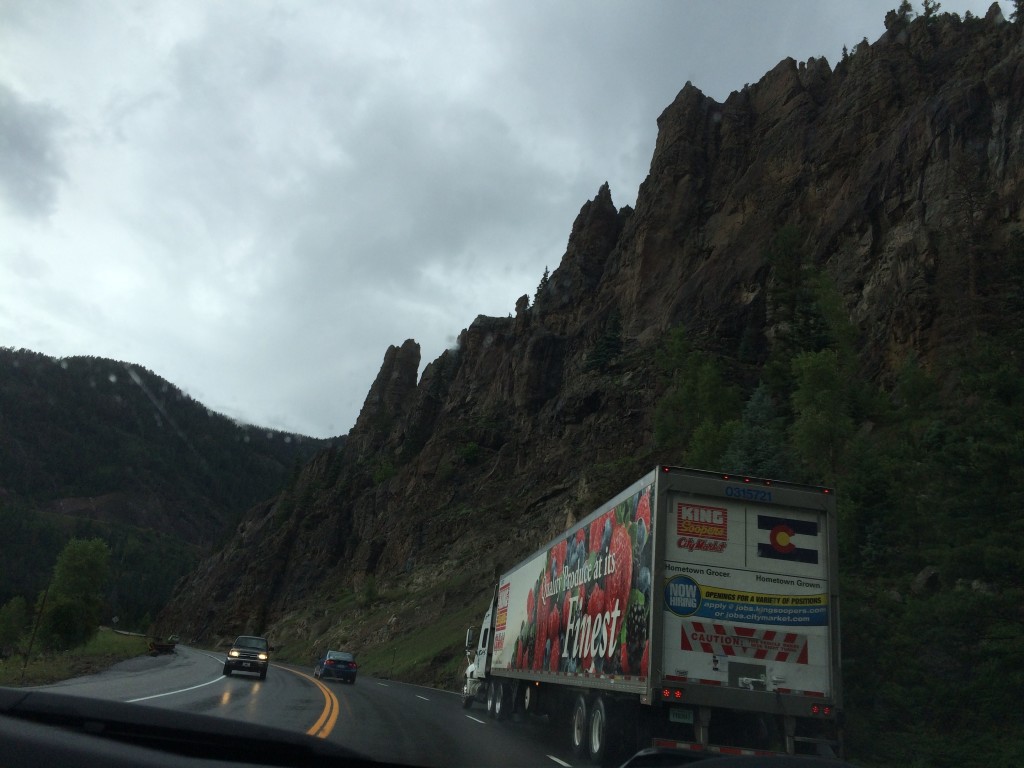 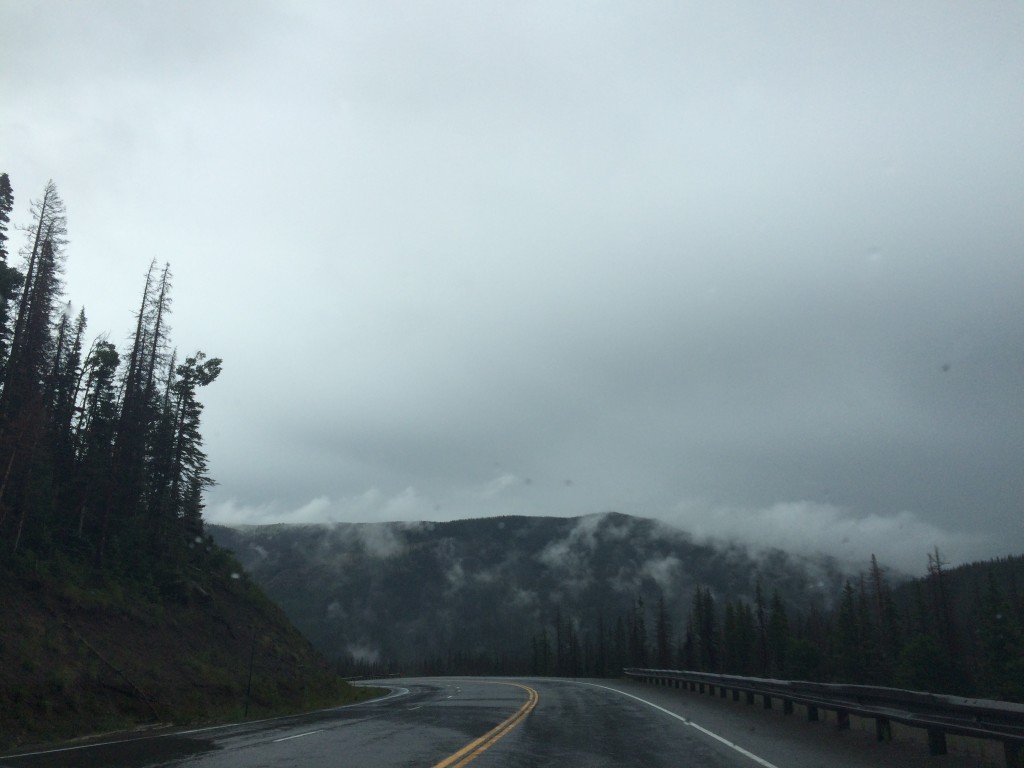 There were so many things to look at during this drive; the clusters of pine trees on all sides of the road, the different shapes and sizes of rock hills and the best part… random pit stops/scenic overlooks laid throughout these giant mountains! We missed several during the drive, since they appeared with such short notice, but we eventually found one that was easily accessible. We parked the car, walked up the the fence, and instantly felt like we were starring at a freakin’ painting. 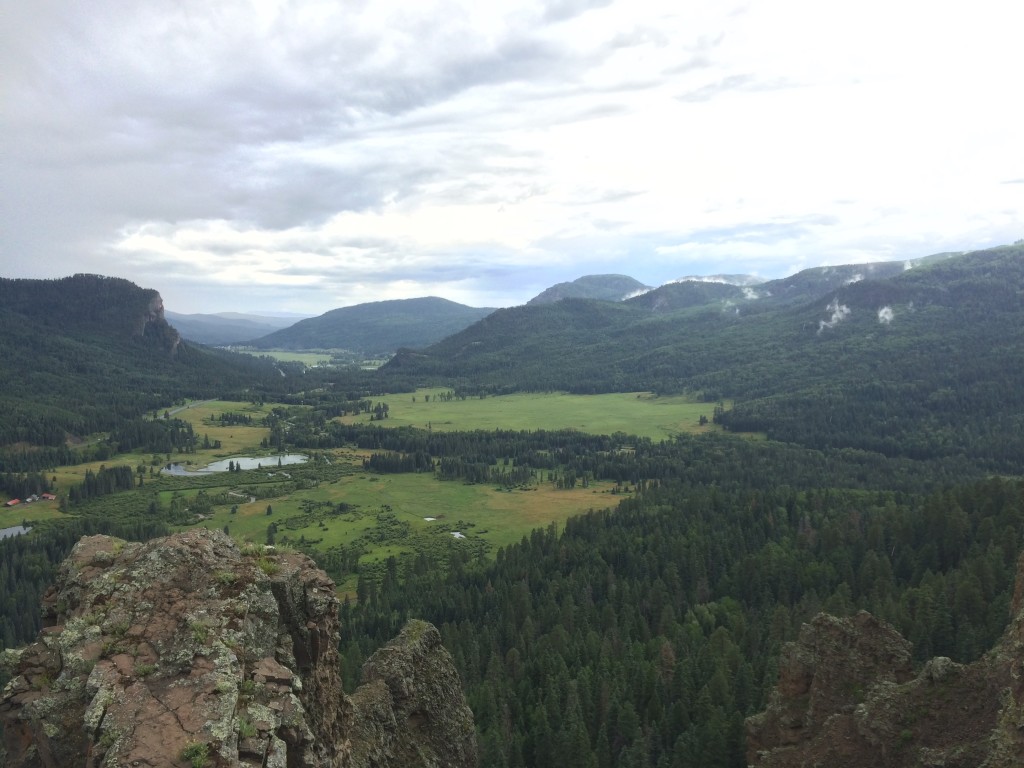 After battling the ups and downs of the mountains we finally arrived at Denver. The temp was pretty perfect in the high 70s, mid 80s. We took this time to find a restroom and to figure our hotel situation. We actually didn’t have a plan this time, but luckily found ourselves at an Extended Stay not to far from center city. This would be our home for the next 2 nights.

When we finally checked into the hotel and went out to find food, everything local was closed or closing soon. Including supermarkets. I honestly didn’t think it was that late, it was probably 9:30pm or so. So we unfortunately ended up at an Applebee’s. I say unfortunately because we really wanted some of the local cuisine rather than a chain restaurant. But we were hungry and really didn’t have any other option.

After much needed rest the next day we ventured out to Denver! I personally wanted to do some shopping, maybe hit up some local outdoor malls or something. I also wanted to see if there was a Chinatown in Denver. I heard there was one but it was very very small. And come to find out it was almost non-existent. It was the size of a plaza.

We later found ourselves at 16th Street Mall which was where we spent most of the day, shopping and eating. I visited some clothing stores and a few souvenir stores too! The outdoor mall was very hipster and artsy. There were random pianos placed all along this area where anyone could just jump on and jam. Very cool ! 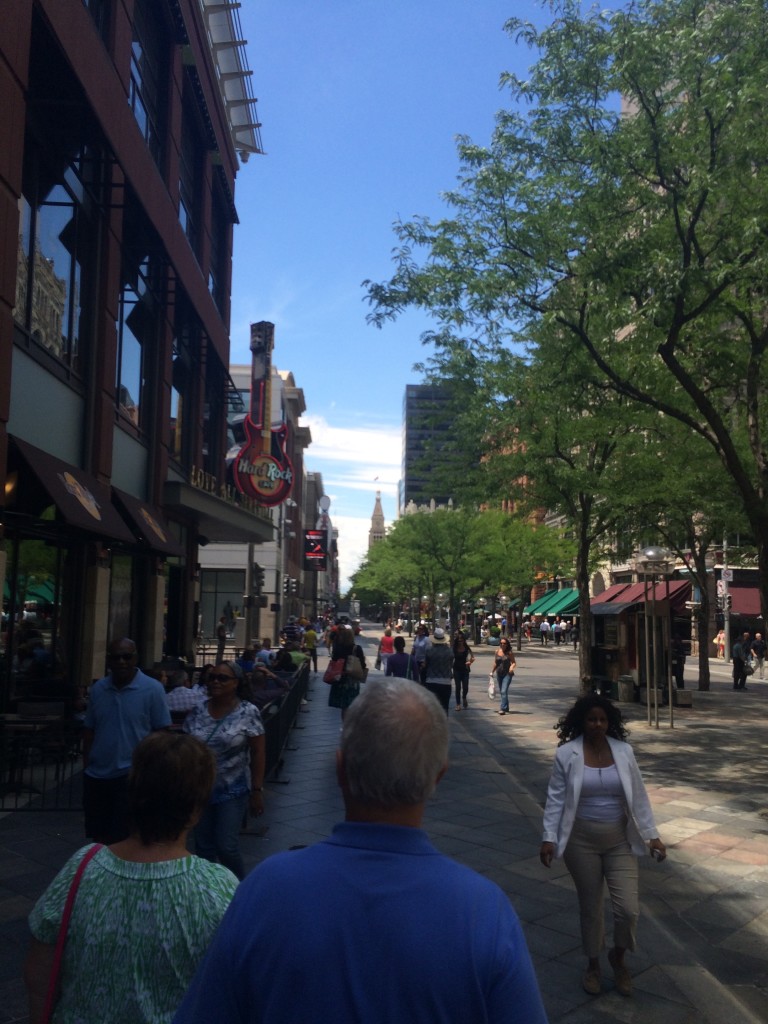 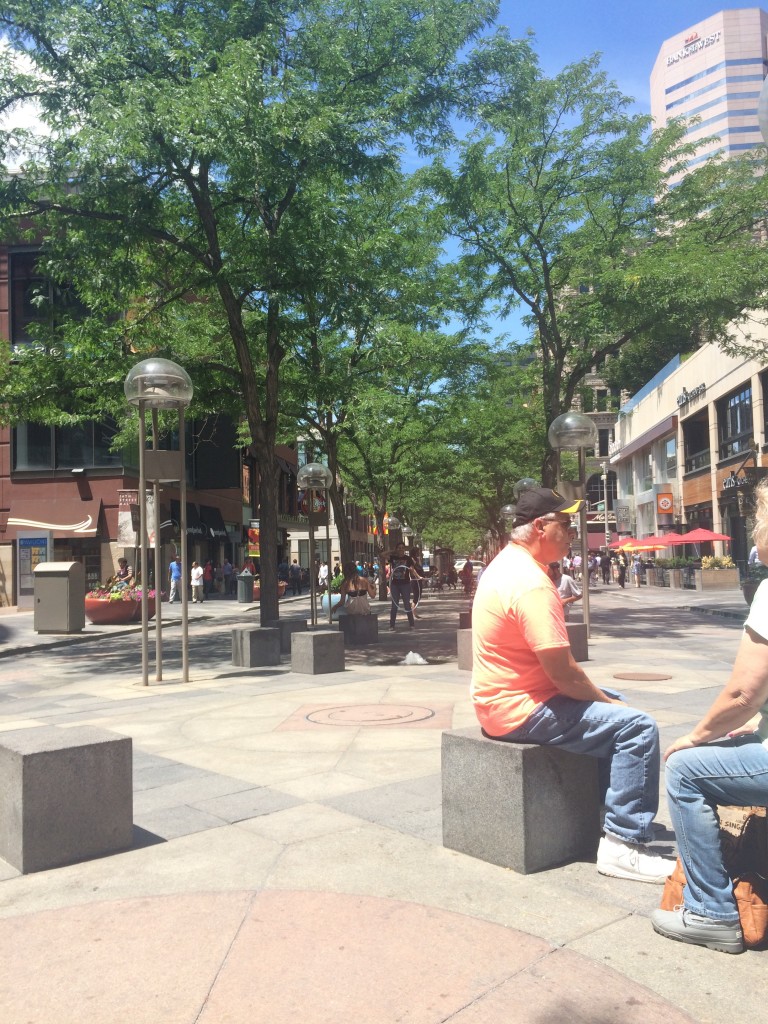 After leaving the mall we headed to a famous doughnut place called VooDoo Doughnuts ! It was recommended by a friend so of course we had to check it out. In a nutshell, these were glorified doughnuts with crazy designs and topped with fun toppings like cereal, pretzels, candy, peanut butter, and of course all flavors of frostings ! We of course tried to get 4 different kinds, including the voodoo doll ! I’d highly recommend this place to anyone with sweet tooth.They were very delicious and came in handy the next morning on our way to St. Louis. 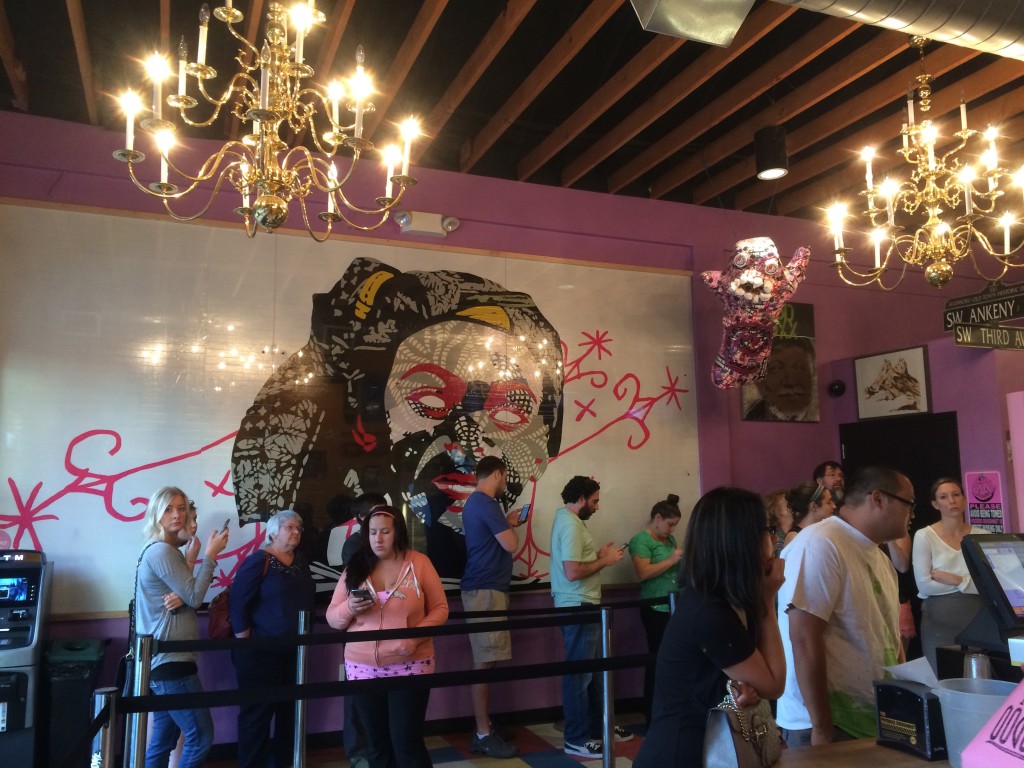 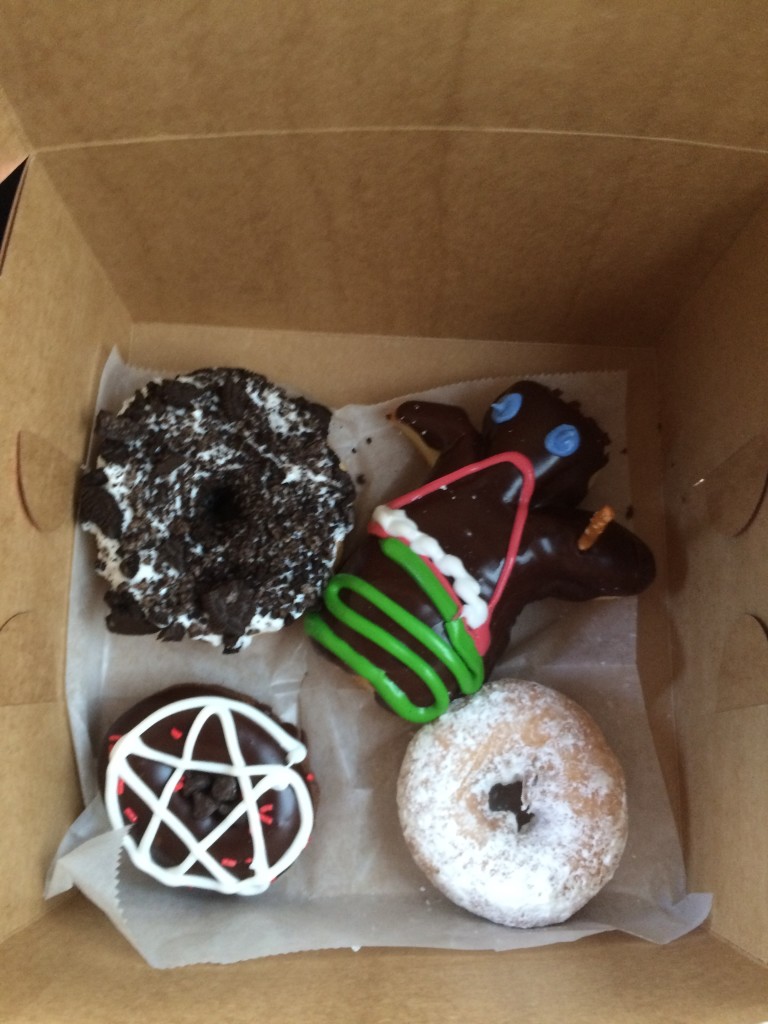 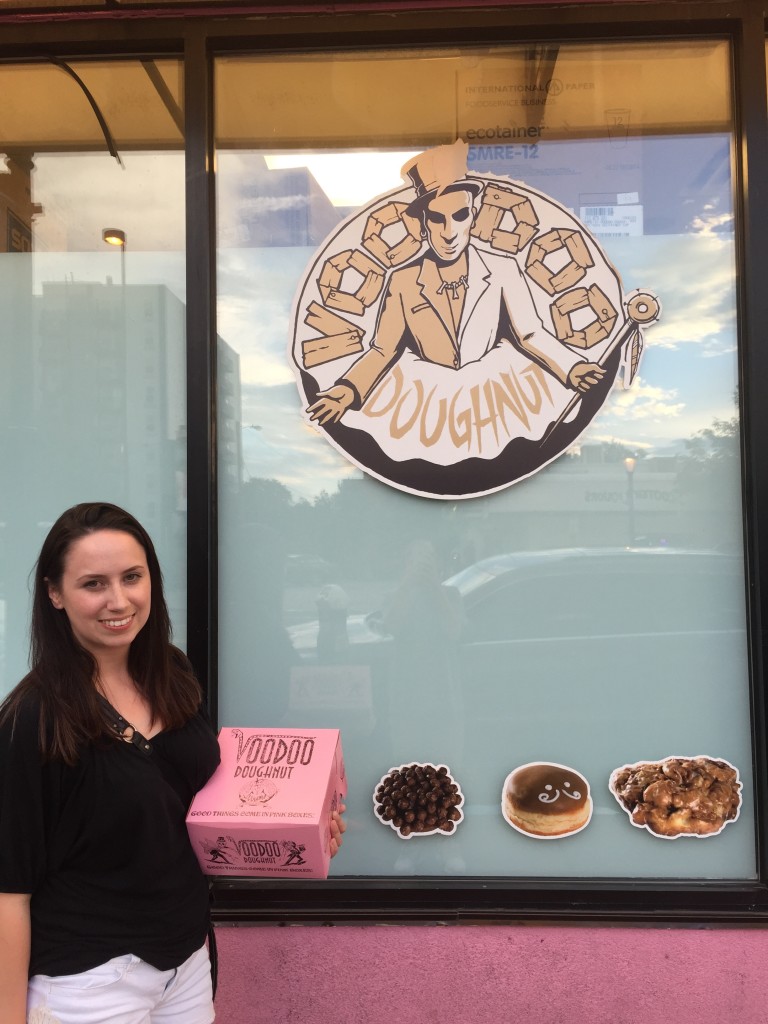 Before heading back to the hotel for the night we stopped at another shopping center by our hotel. This was just a typical mall but it had some interesting stores in that we don’t see back in NY. We were both actually looking for some decent sweat pants and found some at the Vans store!

We stopped at Target before heading back at the hotel. We needed to get some drinks and snacks for our 11 hour drive to St. Louis the next morning. We couldn’t wait to get back to the hotel and just relax for the rest of the evening.

Denver brews more beer than any other city in the nation, with over 200 different beers brewed daily.

Denver has the largest city park system in the nation, with 14,000 acres of mountain parks and 2,500 acres of natural areas.

Denver is near the mountains, not in them

Chow down at The Source

Explore the outskirts of Denver and do some hiking